Acrylic, also known as poly(methyl methacrylate) abbreviated to PMMA, is a transparent amorphous thermoplastic homopolymer that is widely used as an alternative to glass and polycarbonate. The beginnings of PMMA (also called acrylic glass) can be traced back to acrylic acid, which was first isolated in 1843. This was followed by methacrylic acid two decades later and methyl methacrylate that was synthesized via an estherification reaction when methacrylic acid is reacted with methanol. Finally, in 1930, methyl methacrylate was polymerized almost simultaneously by scientists in Britain and Germany. Acrylic glass was produced on a commercial scale in the late 1930s, revolutionalizing warfare machinery and vehicles during World War II. PMMA is used widely for biomedical, safety and optical purposes today.

Acrylic glass is naturally transparent.  Much like polycarbonate, it transmits visible light extremely well and offers superior optical clarity. Its refractive index is 1.49 and remains unaffected by heat treatment or exposure to moisture. PMMA has a melting point of 160°C and is a thermoplastic, which allows for injection molding. It may not be as impact-resistant as polycarbonate, but PMMA is scratchproof. It is strong, tough and has low-density with a high coefficient of thermal expansion. Acrylic glass is more environmentally stable than many other plastics, making it suitable for outdoor use. Unlike polycarbonate, acrylic contains no bisphenol-A.

To produce poly(methyl methacrylate), methacrylic acid is firstly subjected to emulsion, block or suspension polymerization. An organic peroxide catalyst is used and the process is carried out at a suitable glass transition temperature of anywhere between 85 and 165°C. The most common acrylic glass end products are flat sheets, rods, tubes and molding powders. Suspension polymerization is suitable for the manufacture of molding powders, and bulk polymerization typically forms plastic sheets. Following polymerization, PMMA can be compression molded, injection molded, extruded or cell cast. It can also be laser-cut, welded or dissolved, polished or re-heated. Post-production measures include annealing and coating.

Acrylic glass is often manufactured in sheets as a lightweight and cost-effective alternative to glass. Store fixtures and displays will use acrylic glass if optical clarity and scratch-resistance are important. Optical devices also often feature PMMA for the same reasons. The refractive properties of acrylic glass make it suitable for windows, skylights and light pipes, to facilitate the redirection of natural daylight in a room. Due to its adequate compatibility with human tissue, PMMA forms medical devices such as rigid intraocular lenses and cast acrylic tubes. Acrylic glass has become a popular artistic medium for sculptors and glass artists. Mixed with other substances, PMMA also forms the base of acrylic paint. 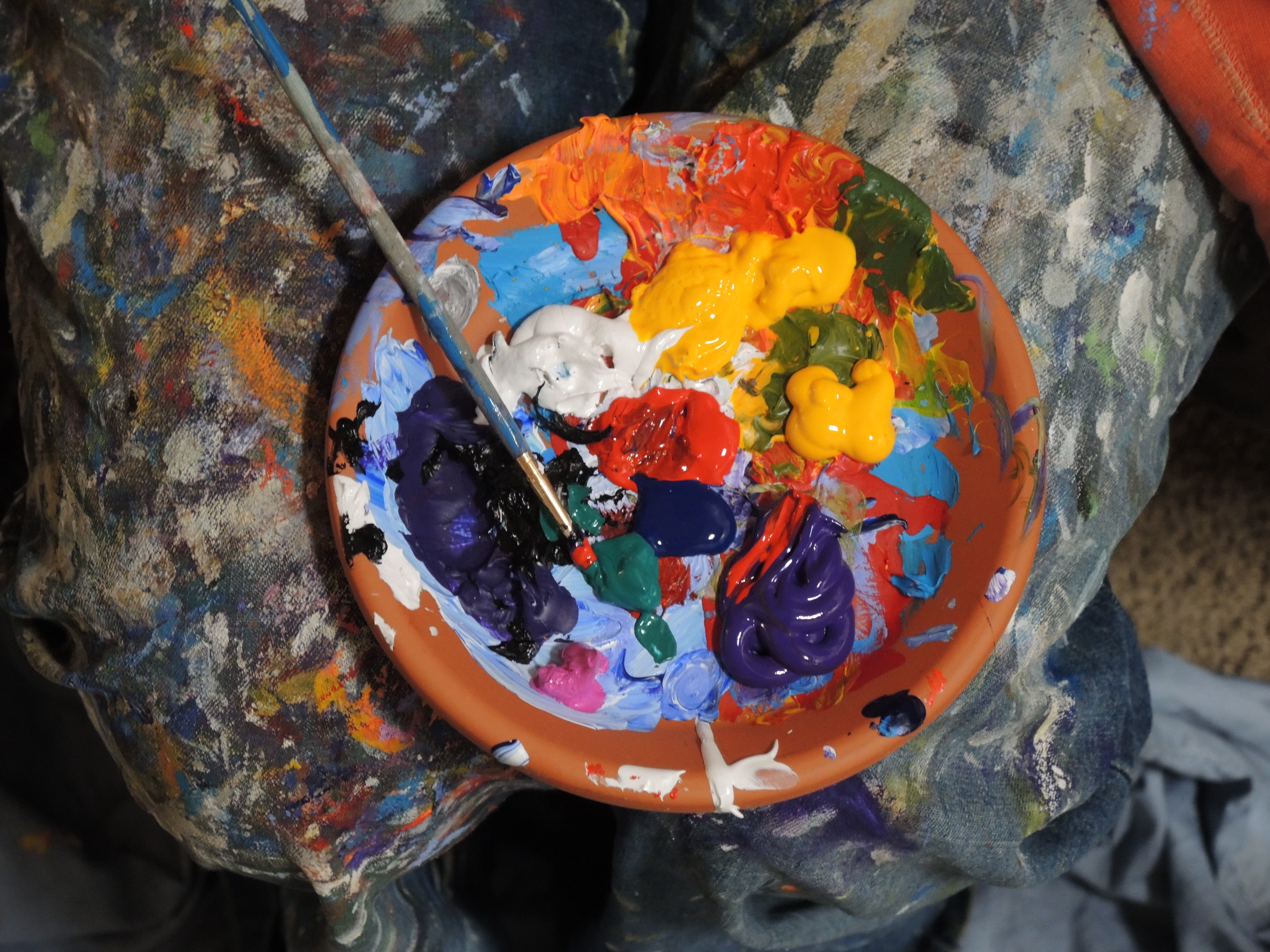 Acrylic paints are composed of pigment suspended in acrylic particles to form an emulsion that is easy for painters to work with.