Aluminium is one of the most widely used metals in the world, only second to iron. It is also the most abundant in the earth’s crust constituting about 8% of it by mass. As one of the most versatile metals, it can be combined with other metals to improve their properties and its own properties, as well. In its pure form, aluminium has virtually no practical use and has to be alloyed with other metals for application. Currently the largest producer of the primary aluminium ore, bauxite, in the world is Australia and the largest producer of aluminium is China, producing a whopping 32.6 million metric tonnes [1], almost ten times more than the next largest producer, Russia, and accounting for more than half of the world’s production.

Aluminium has three excellent properties in particular that make it so useful in the aviation industry; high strength to weight ratio, ductility and resistance to corrosion. It is also non-magnetic. There is a wide range of variations in the compositions of aluminium alloys for specific functions in an aircraft. 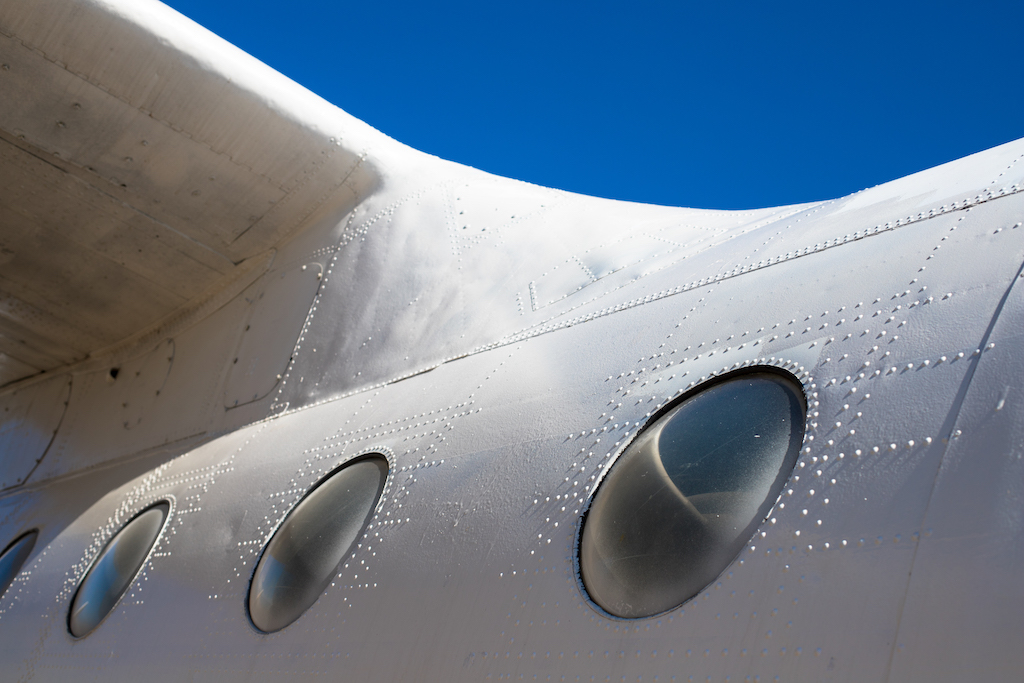 History of aluminium in aircraft

The history of aluminium in aircraft dates back to the beginning of flight itself. On December 17, 1903, the Wright Brothers famously became the first people to fly in an aeroplane. To achieve this feat, they had to create a special engine made of aluminium instead of steel as was the norm at the time. The reason was to make the engine light enough to take flight. This was the beginning of aluminium’s use in aviation.

By the First World War, aluminium began to also constitute the body of airplanes, replacing materials such as wood and canvas. The first fully metal plane, the Junkers J 1, was designed by German aircraft designer Hugo Junkers in 1915, with aluminium alloy tubing in its internal structure [2]. The time between World War I and World War II came to be known as the golden era in aviation during which the use of aluminium alloys became more sophisticated as designs were emerging at a faster rate [3]. This new found application for aluminium caused the demand to soar and consequently aluminium production to rise.

In contemporary times, aluminium’s use in aviation has taken on more sophistication, but the bottom line advantage has remained the same, namely; lightweight, strength and resistance to corrosion. Indeed, the very popular Boeing 737 consists of 80% aluminium. Virtually no part of a plane that can be substituted with aluminium is spared in the modern era with parts such as the fuselage, the wings, the doors, the floors, and the seats, now all being made of aluminium.

Table 1. Application of Aluminium alloys in Aircraft Components (adapted from [4])

Aluminium is notoriously difficult to extract from its ores due to its high reactivity. However, it takes only 5% of the energy required to extract aluminium from its ores to recycle it. About three-quarters of all the aluminium ever produced is still in use today, which is a testament to its high rate of recyclability. Aluminium in open air reacts with oxygen to form an oxide, but unlike iron, aluminium’s oxide sticks to its surface, thereby protecting it from further corrosion. Alloys of aluminium number in the hundreds as it is very versatile. In the aviation industry, there are very specific requirements which aluminium alloys (or grades) are tailored towards with all of them retaining the most important quality, lightweight. Aluminium's weight is a third that of stainless steel for a given volume but has twice the strength-to-weight ratio of stainless steel. Aluminium loses some of its strength at high temperatures, but under sub-zero temperatures, its strength increases, which is a useful feature in aerospace as aircraft fly at very low-temperature atmosphere.

Table 2. Comparison of Aluminium, Beryllium and Magnesium (adapted from [5]) 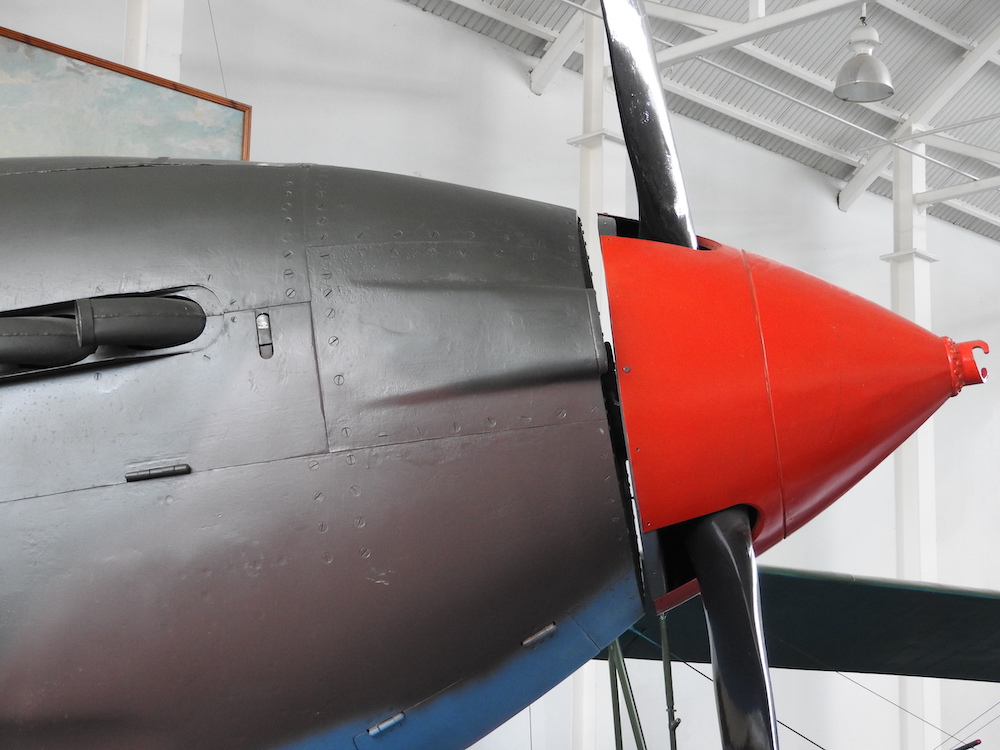 Aluminium alloys are designated via a 4 digit numbering system with the first digit representing the alloy group and the other numbers representing the other metals that are present in the alloy. Temper designations are denoted by a prefix such to indicate what type of treatment it has undergone and to what degree. The letters are F, O, H, W, or T to indicate fabrication, annealing, strain hardening, solution heat treatment and heat treatment, respectively [6].

The proportions and constituents of an aluminium alloy determine the specific properties it exhibits. There are literally hundreds of aluminium alloys in use today in different fields of application. For aircraft, below are the most commonly used ones and why they have been chosen for their respective applications [7].

2024-T3 is made up of 4.5% copper, 0.6% manganese and 1.5% magnesium. This is a top tier high strength aluminium alloy and coupled with its fatigue resistance, it is one of the most common aircraft alloys. It doesn’t do well with welding but is a good option for repair works as it has an excellent finish. It is not heat treatable.

6061-T6 is made up of 0.25% copper, 0.6% silicon, 1.0% magnesium and 0.25% chromium. This alloy also has good finishing. In addition to that, it offers good corrosion resistance and is very good for welding. Its strength and workability are comparable to mild steel. It is heat treatable.

3003-H14 contains 1.2% manganese and is the most widely used aluminium alloy. It is very easy to work with as it can be extruded, brazed, machined and welded. It is not heat treatable but can develop increased strength from cold working.

7075-T6 is made up of 1.6% copper, 2.5% magnesium and 5.6% zinc. It is commonly used by aircraft manufacturers to strengthen the structure of the aircraft. It has poor weldability due to its copper content but it has great machinability. It is heat treatable.

5052-H32 is made up of 2.5% magnesium and 0.25% chromium. This alloy offers the highest strength in the non-heatable alloy series and can develop increased strength from cold working. It also has excellent fatigue strength, corrosion resistance and workability which makes it suitable for aviation and marine purposes.

Future utilisation of aluminium in spacecraft

Aluminium is also in use in spacecraft, a field where aluminium’s unique properties would be of even greater importance. Indeed, all spacecraft are primarily made up of aluminium, up to 90%. Aluminium components not only make for spacecraft but also for space stations such as the Skylab and the International Space Station. The Orion spacecraft which is under development with an aluminium-lithium alloy is expected to open up new frontiers in the field of manned space exploration. 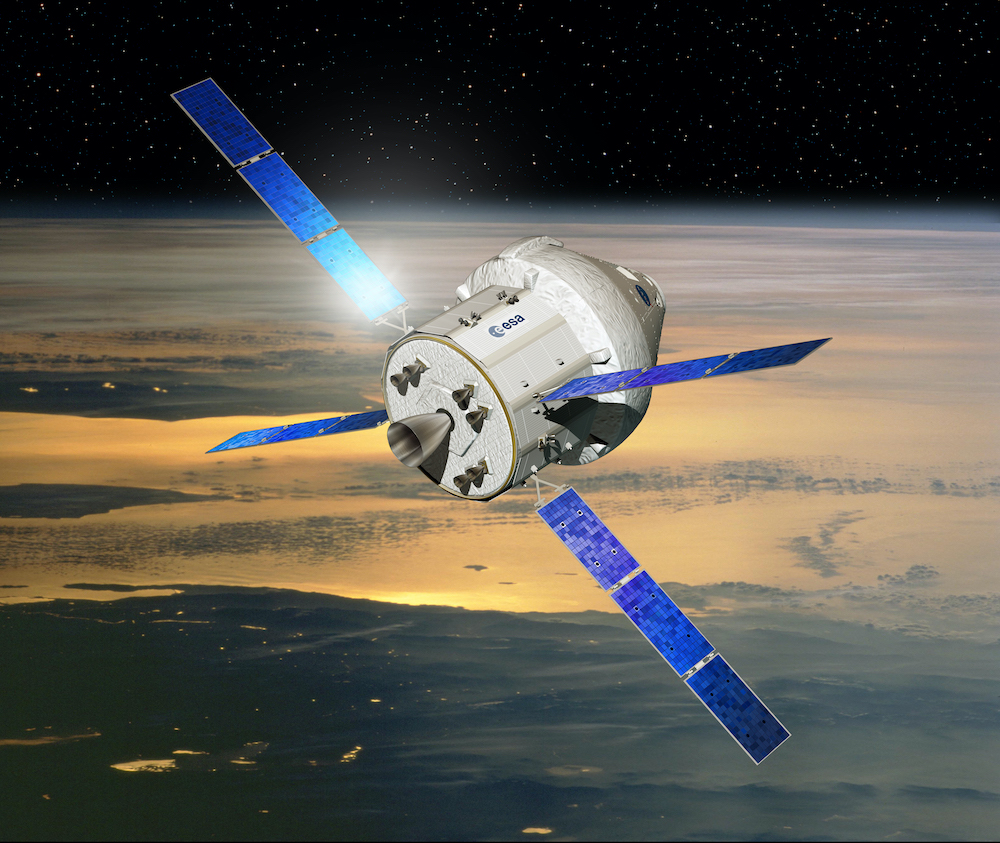 [3] "History of Aluminum in the Aerospace Industry", Metal Supermarkets [Online], 2016.