What is Shear Strength?

The strength of a material, in general, is the value by which yielding, fracture or excessive deformation occurs in a load-carrying member. Shear strength is a material property that describes a material’s resistance against a shear load before the component fails in shear. The shear action or sliding failure described by shear strength occurs parallel to the direction of the force acting on a plane.

In construction, automotive, aerospace and other engineering industries, knowing the shear strength of materials is vital for the design of mechanical and structural devices as well as the selection of materials to be used for an application. It is also a major consideration in sizing components or parts [1]. 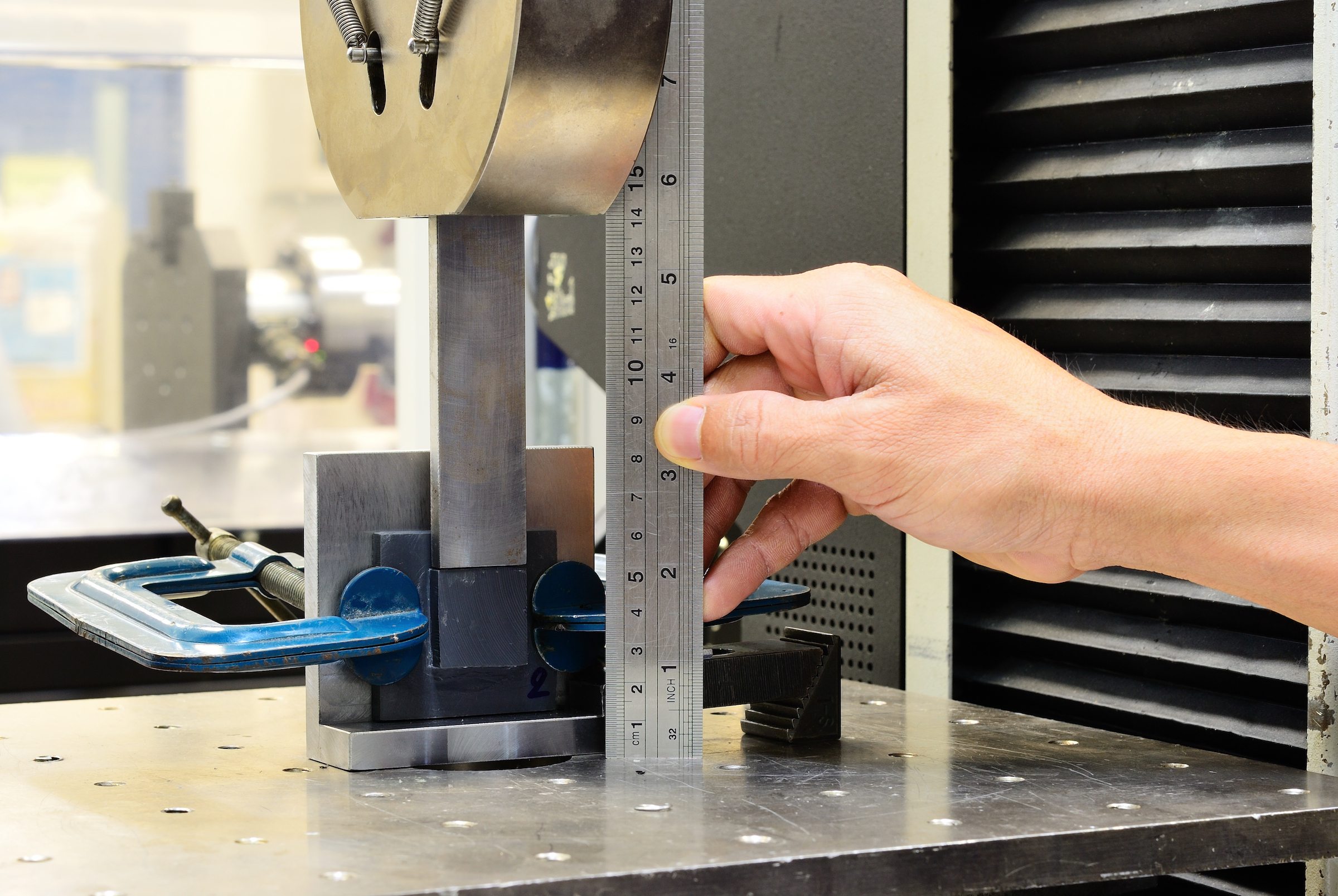 Shear strength and shear stress are often used interchangeably, but there is a technical distinction between the two. Shear stress is relative and it changes in relation to the amount of shear load applied to a material per unit area. On the other hand, shear strength is a fixed and definite value in the general nature of a material [1, 2].

In order to understand shear strength, understanding different theories of failure are important.

Generally for brittle materials, the cause of failure is due to a force in tension.

For ductile materials, the cause of failure is often due to shearing forces. 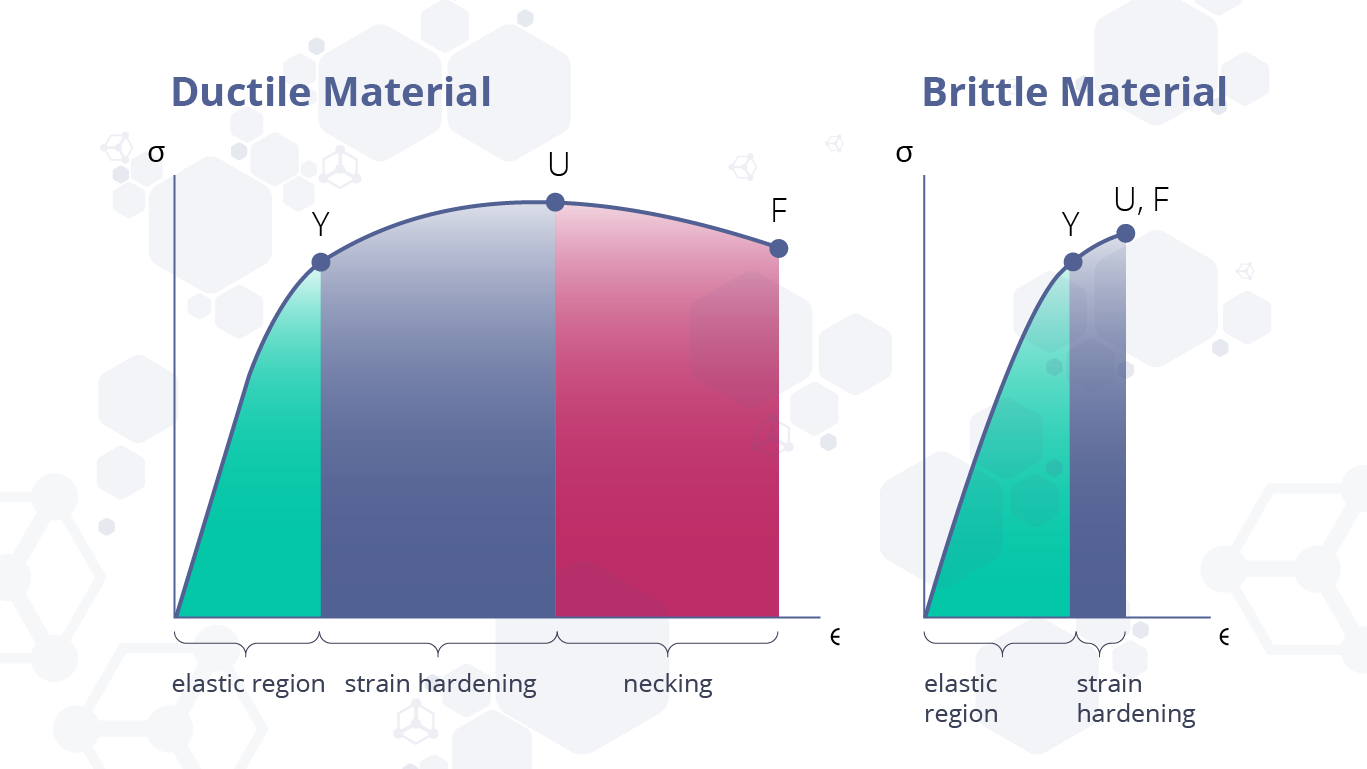 The stress-strain curve for these two types of material is different. Typically, material strength parameters are identified by conducting uniaxial tests. But in reality, situations produce multi-dimensional and combined stresses that act at a point or throughout a member, and for which it would be impractical to measure each of the stresses and its effect.

Failure theories are necessary in order to predict a material’s performance in relation to its tensile strength and to establish a relationship of each stress source induced.

For brittle materials, the failure by shear is caused by the sliding of the material’s atoms brought on by shear stresses and distortion. Therefore, for design purposes, the yield strength in shear is the strength parameter to be used [2, 3, 4].

This theory states that material failure will take place when the maximum shear stress brought on by combined stresses will equal or be greater than the obtained shear stress value at yield in a uniaxial tensile test [2-4].

Suppose in a uniaxial test, the principal stresses are:

The shear strength at yielding is:

For a homogenous, isotropic, ductile material with two or three-dimensional static stress, to identify and compute for σ1, σ2, σ3 and the maximum shear stress, 𝜏max:

And therefore, the factor of safety can be given by:

Shear strength is one of the key considerations in designing many parts, including fasteners such as pins, bolts and screws. Shear tests can be conducted in two ways in order to determine the maximum shear stress.

Here are the shear strength values of some interesting materials with their relative applications.

[4] "The second graph is of only the plastic region beyond the strain hardening", n.d. [Online] Available at: https://www.coursehero.com/file/p60393o/The-second-graph-is-of-only-the-plastic-region-beyond-the-strain-hardening-This/ [Accessed on: 29.11.2019]

Equipment For The Rubber & Plastics Industries

Equipment For The Metallurgical Industry