Cryogenic conditions are characterised by extremely low temperatures, reaching as close as possible to the theoretical limit of absolute zero. It is critical for most cryogenic applications that this low temperature is maintained and not affected by heat transfer from the outer surroundings that are usually at an ambient temperature. The most efficient and cost-effective method of keeping a system’s temperature constant is by proper thermal insulation, limiting the propagation of heat between the system and its surroundings and minimising thermal fluctuations. This helps protect both media from each other. However, cryogenic temperatures are demanding and require special materials that can function at such low temperatures without failing due to brittleness or decline in their properties. Here, we explore in-depth one such insulating material. 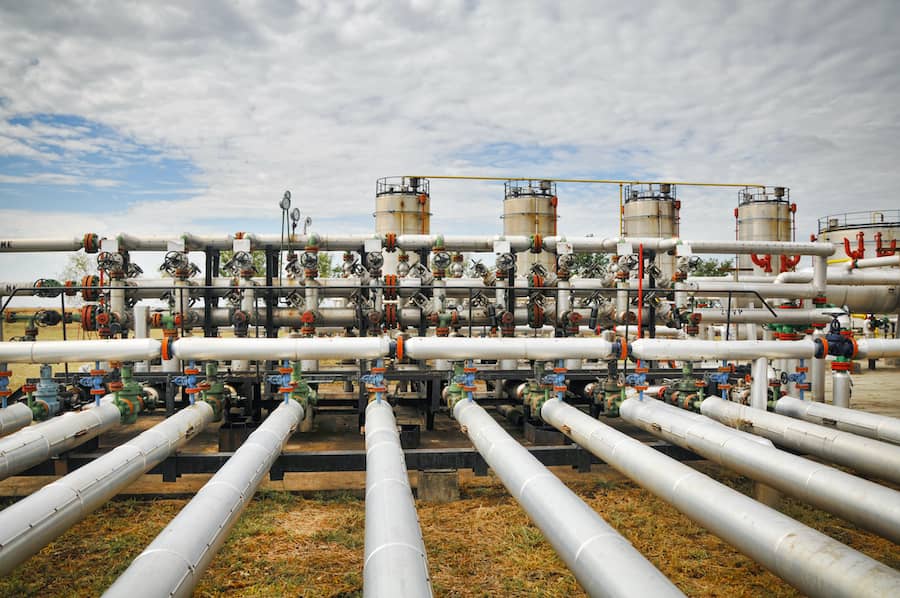 One of the most commonplace cryogenic applications is the LNG (liquefied natural gas) industry, typically in transporting liquefied gas from its point of production to the point of distribution until it reaches the point of use. This usually happens in pipes covering large distances through their supply routes and in tanks during production in plants, where the LNG is cooled and compressed. Insulation, done through positioning heat-resistant layers between the vessels and adjacent components, is vital for such applications to maintain the efficiency of the chilling and compressing systems and, in turn, reduce overall energy consumption and cost. Another function is to protect the plant’s equipment from the extremely low temperatures of LNG, which may affect the operation of machinery and the structural integrity of the components due to severe temperature fluctuations. In addition to thermal insulation, these layers can act as electrical barriers, which can protect metal parts from potential galvanic corrosion.

But what constitutes these high-performance insulating layers? One suitable material category goes by the name of thermoset composites. These are materials made of a polymeric resin matrix incorporating a reinforcing material.

What are thermoset composites?

Thermoset composites are materials made of fibre reinforcements impregnated with a thermosetting resin. Thermosetting resins are polymers that cannot be remoulded or converted back to their original form once they set upon heating. They are appropriately used as base material for composites. Essentially, this base polymer is liquid and uncured at room temperature, which allows for the mixing with composite materials.

These resins primarily possess the required properties, and the reinforcements serve to improve the mechanical properties of the laminate. There are many material options for both the reinforcements and the resins, but one of the sturdiest combinations is between an epoxy resin and a fabric made of interwoven glass fibres. A good example of such a thermoset composite is the NP500CR material from Norplex-Micarta. This glass-epoxy composite is formulated particularly to retain its properties at cryogenic temperatures, giving it a significant edge over most thermoplastics, which lose a large part of their strength under such low temperatures. 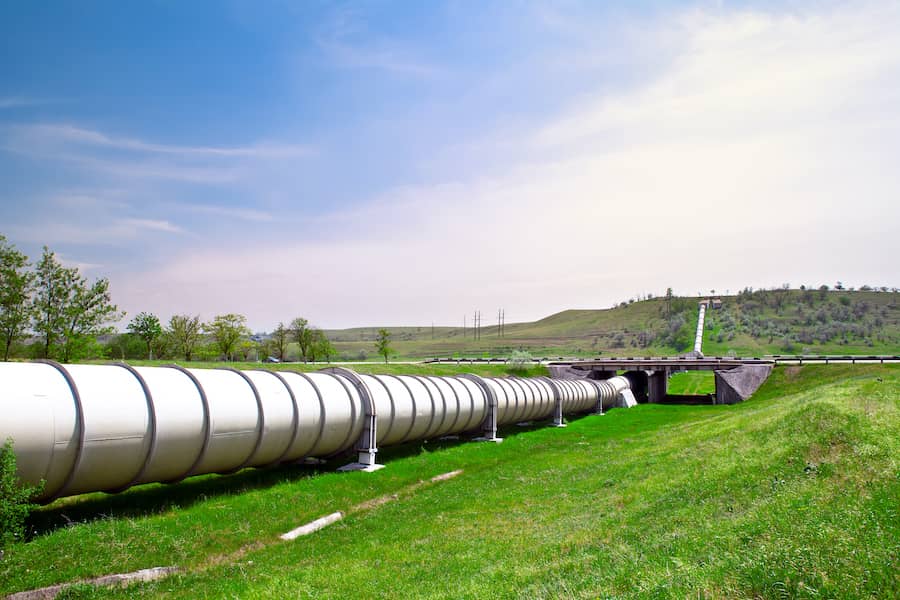 NP500CR makes a case for versatility in cryogenic applications

Epoxy NP500CR has proven to be very versatile for cryogenic applications due to its excellent properties at both cryogenic temperatures and elevated temperatures. In fact, it has an operating temperature range of -270 °C – 135 °C. Here are some of its most prominent properties.

Thermal insulation is the primary feature of NP500CR, thanks to its extremely low thermal conductivity. A thin sheet of the material can effectively keep out unwanted heat from the surrounding. The insulating property of NP500CR is not limited only to the transfer of heat but also that of electric current. The material is an excellent electrical insulator, preventing any unwanted flow of electric current, which may otherwise lead to dangerous phenomena like galvanic corrosion or short circuits. Considering that the conductivity of metals is inversely proportional to temperature, this is a key property for NP500CR in cryogenic applications.

When compared to other insulating materials such as cellulose-based insulation, NP500CR possesses superior mechanical properties. It can bear more load, as evidenced by its high tensile strength, which is comparable with that of steel despite being about four times lighter, and its ductility that it retains at cryogenic temperatures.

It is robust enough to withstand the stresses caused by the frequent contractions and expansions that occur in applications like insulation for LNG. Its mechanical properties also make it suitable for insulating washers and gaskets, where it can endure extremely high compressive forces. Similarly, it is suitable for the insulation of coupling elements, such as bolts and screws.

Some cryogenic applications, such as coastal LNG plants, involve exposing the insulating material to humidity. Cellulose-based insulators, such as wood- and paper-based composites, perform poorly under these conditions as they readily absorb water. The absorbed water degrades the materials’ insulating properties and structural integrity. Cryogenic glass-epoxy like NP500CR, however, is well suited to such environments as its moisture absorption is as low as 0.10%. This enables it to perform more consistently for a relatively long period of time, thus, resulting in cost and downtime reduction.

The table below shows a list of different physical, mechanical, thermal, and electrical properties of NP500CR.

Table 1. Properties of NP500CR (check out the NP500CR technical datasheet for more information)

How can you take advantage of thermoset composites?

The NP500CR is part of a range of similar materials from Norplex-Micarta. The advantages of NP500CR translate into significant cost savings, be it in the form of reduced replacement costs, less downtime for maintenance, reduced energy consumption costs due to higher insulation efficiency, or better longevity of adjacent fixtures due to its contribution to corrosion resistance.

This material is generally supplied in sheets of thicknesses between 2 to 6 inches to meet different design criteria and can be machined to fit contours and profiles. The NP500CR material has been manufactured to comply with the G-10CR process specification for cryogenic applications set by the National Institute of Standards and Technology (NIST).

Visit the Norplex-Micarta supplier page for more information on their materials listed on Matmatch and get in direct contact with them. 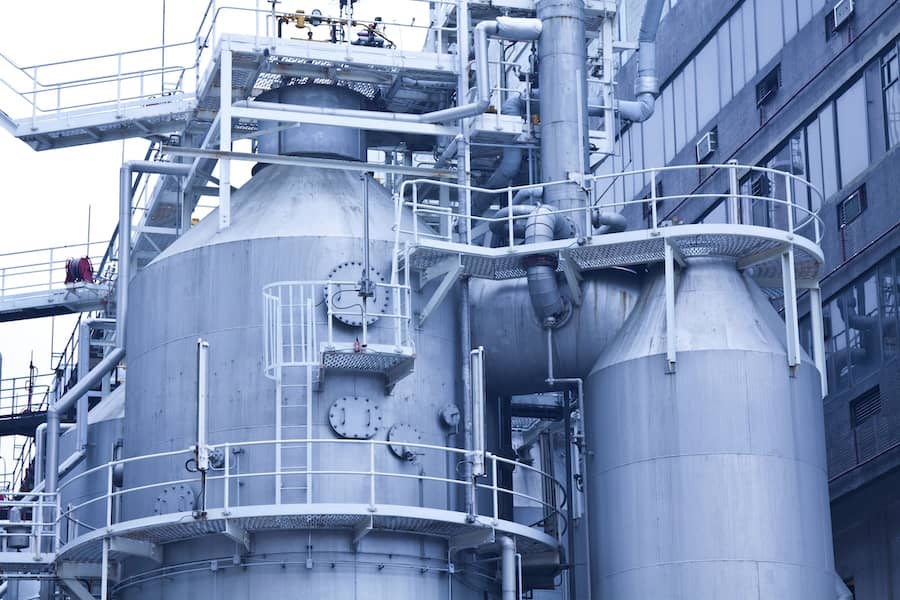 Norplex-Micarta is a leading manufacturer of high-performance thermoset composite materials based on impregnation and lamination technology. Norplex-Micarta manufactures the highest quality specialty sheet products, pre-pregs, rods, molded shapes, and tubes to meet demanding applications for OEMs and fabricators around the world.