Hardness describes the resistance that a material exhibits to permanent indentation or marking by scratches. Hardness is not a material property, rather a value ascribed to a material as a result of empirical testing.

There are six main hardness tests that can be carried out: Vickers, Rockwell, Brinell, Mohs, Shore and Knoop. Which one to apply depends on the type of material to be tested and the equipment available. Most hardness tests involve using machinery that indents the material over a certain time period, applying a predetermined force or loading.

This article will look at each type of hardness test independently, comparing the testing method, applications and the type of results obtained.

The Mohs hardness test is one of the earliest attempts at defining and comparing the hardness of mineral materials. The Mohs scale consists of values from 1 to 10, which correlate with the ability of the test material to withstand scratching by progressively harder minerals. It is typically used for geological purposes.

The Mohs scale of mineral hardness is as follows:

The testing method itself is very basic and involves scratching the surface of the test material with another material similar to those assigned in the scale above. The actual minerals are rarely used, particularly diamond, as it is expensive to procure.

For instance, a fingernail is often used to represent hardness scale 2.5 and a steel file for 6.5. The testing process involves starting at the soft end of the scale and working through until one of the minerals/materials leaves a permanent indentation.

The results of the Mohs hardness test are not highly accurate as the applied force is not constant and the results are subjective.

There are two types of Shore scale used - A and D. They both use a different diameter for the needle-shaped indenter tip and are applied to different types of material.

The indenting instrument used is known as a ‘durometer’, which includes a calibrated spring applying a defined and constant load.

The Brinell hardness test was the first standardised test to be widely used, especially on metals. It is defined in ASTM E10. The testing process involves pressing a carbide ball indenter into the surface of the test material over a set period of time with a constant applied force.

The result of the testing process is a round indentation that can be measured and used along with the applied load to calculate a hardness value. The disadvantages of the Brinell test are that it is slow compared to other methods and is destructive, leaving a large indentation in the test sample. 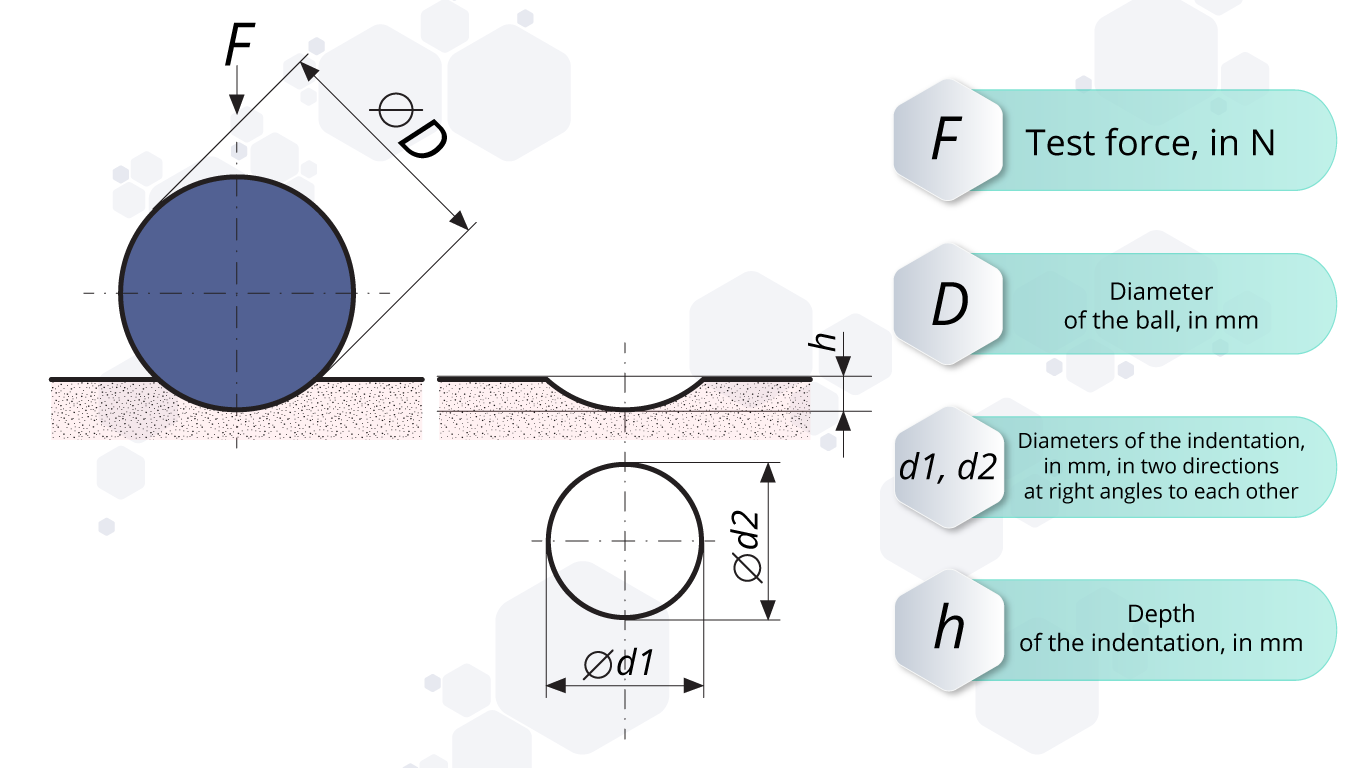 The Rockwell test is probably the most commonly used hardness test today, mainly since it is the fastest and most accurate form of testing. It is defined by the standard ASTM E18.

Applied forces range between 15 kgf and 3000 kgf depending on the test material type. 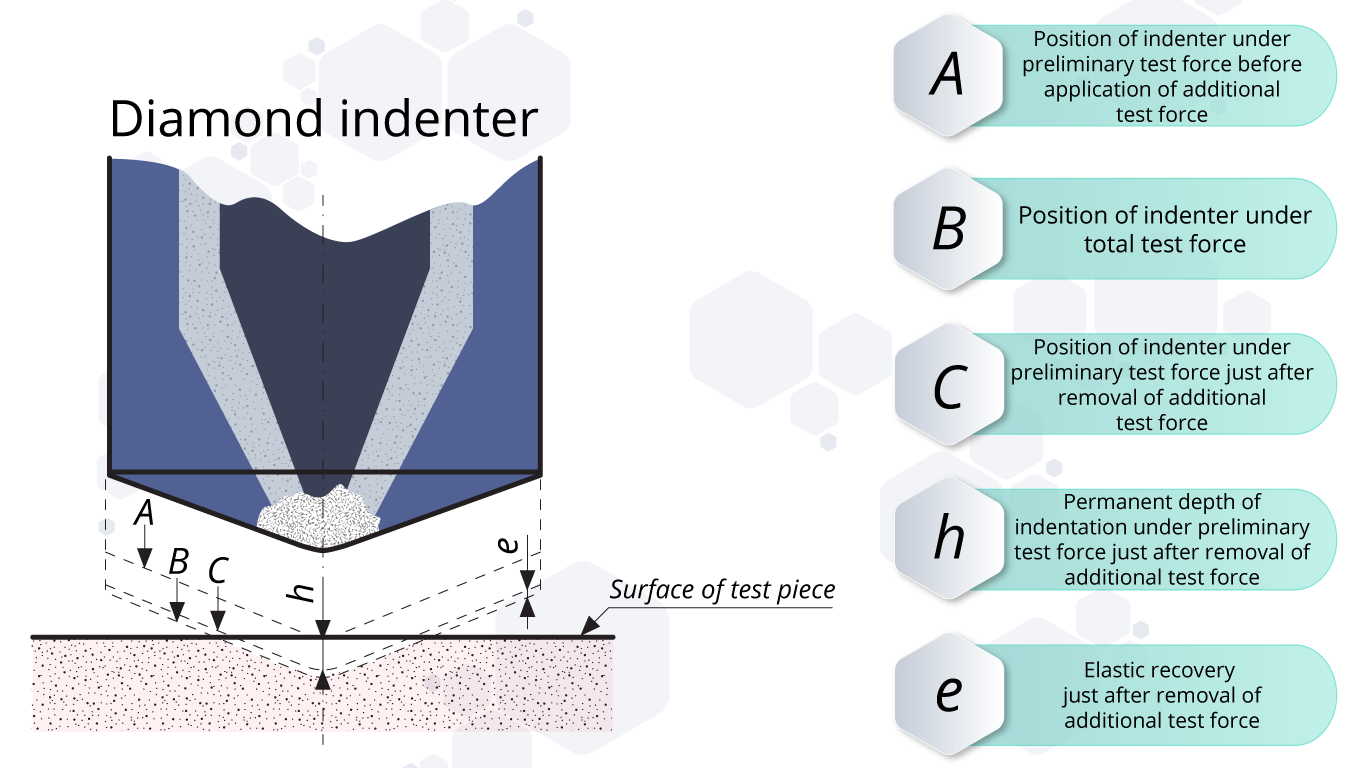 The Vickers hardness test is known as a ‘microhardness’ test, which means it is typically used for small or thin material sections. Micro-indentation testing of materials is defined by ASTM E384.

The typical loading values range between 10 g to 1 kgf, although ‘macro’ loads are infrequently used that extend up to 30 kgf. 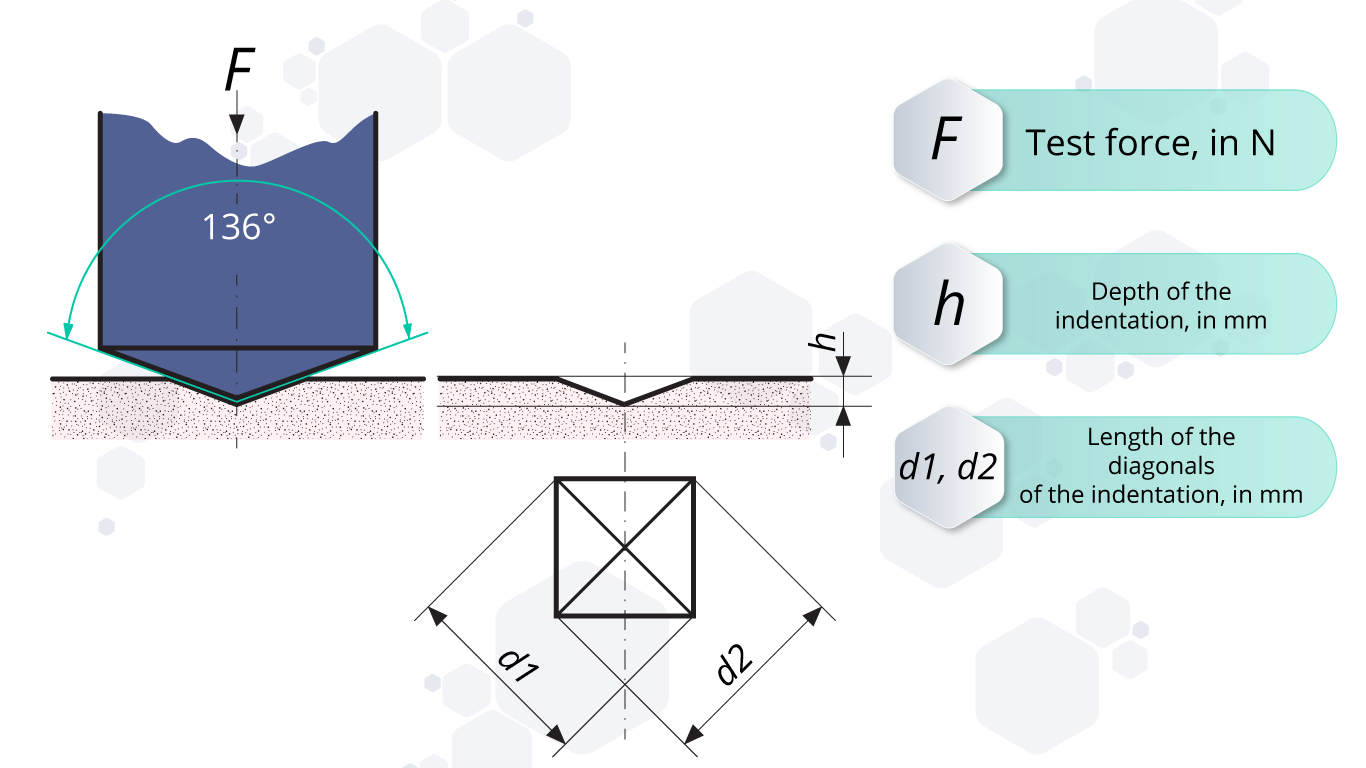 Similar to the Vickers test, the Knoop hardness test is used on small and thin parts, using loads of 1 kgf or less.

The process is identical to the Brinell hardness test but uses a rhombus-shaped indenter and a microscopic measurement system. 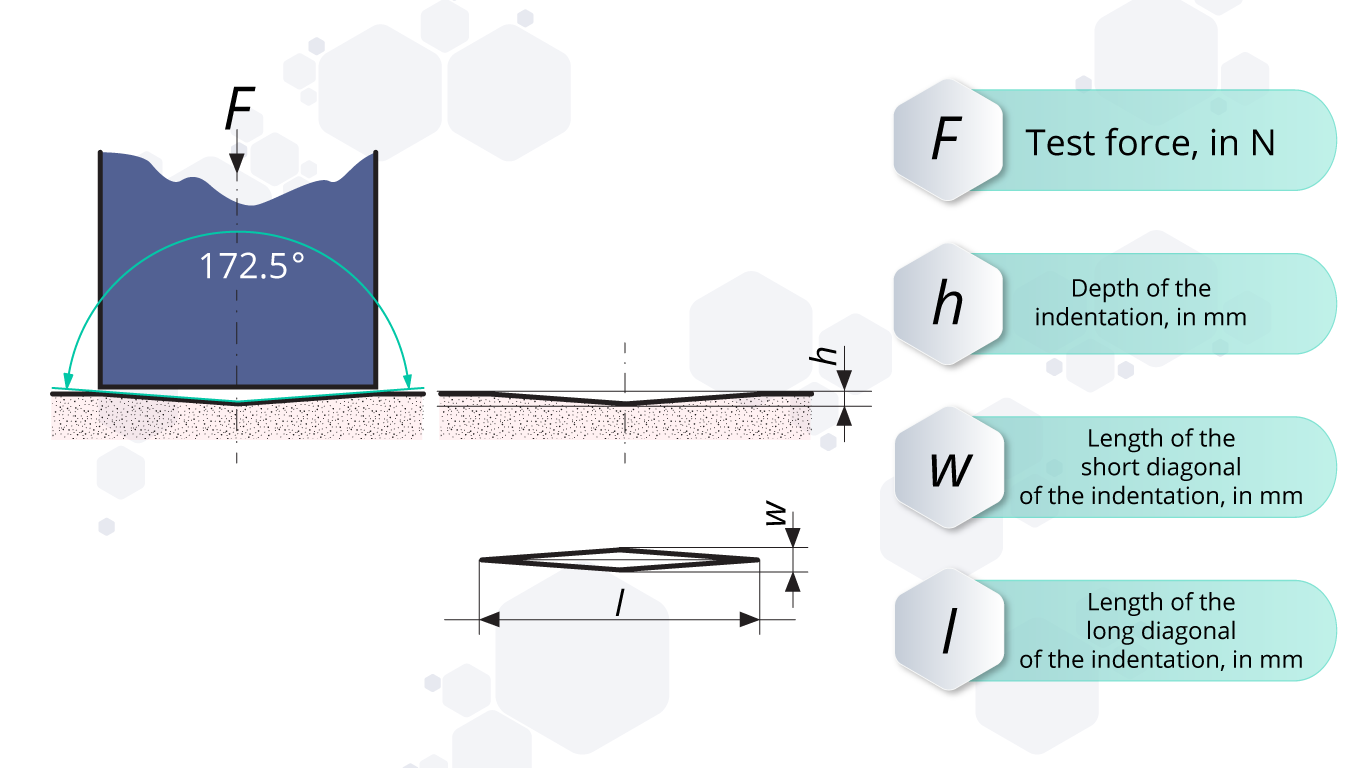 The main hardness tests and their most common applications include: