As the display and thin film solar industry continue to grow, one material plays a crucial role in the evolution of both industries, and that is molybdenum.

One of the highly promising contenders in solar power generation is CIGS-based solar cells. These cells have shown record efficiency values (22%), standing as an alternative to crystalline silicon- (c-Si-) based solar cells for applications where flexibility, light-weight or building-integration is required. However, prior to growing into large-scale manufacturing, material properties and efficiency are critical characteristics to consider. Molybdenum, a refractory metal known for its corrosion resistance, high melting point and chemical stability, has been the preferred material as an electronic back-contact material for CIGS solar cells, especially due to its low CTE and compatibility with selenium.

Similarly, in the display industry, molybdenum’s presence in TFT-LCD or OLED screens allows for instant control of the individual pixels, guaranteeing a sharp image quality. Making up to four layers of the thin-film transistor’s array of layers, molybdenum’s purity and adherence strength not only help provide sharp images, but also fast image build-up on screen. Although it may not often be visible in the end product, molybdenum layers constitute display screens that we use in everyday life, such as those in smartphones, laptops, tablets, and televisions.

Plansee, a leader in refractory metals, has now patented an internal coating for monolithic rotary targets.

What are monolithic rotary targets? How does Plansee’s patented coating material improve the functionality of these targets? And what advantages ensue from all this process? 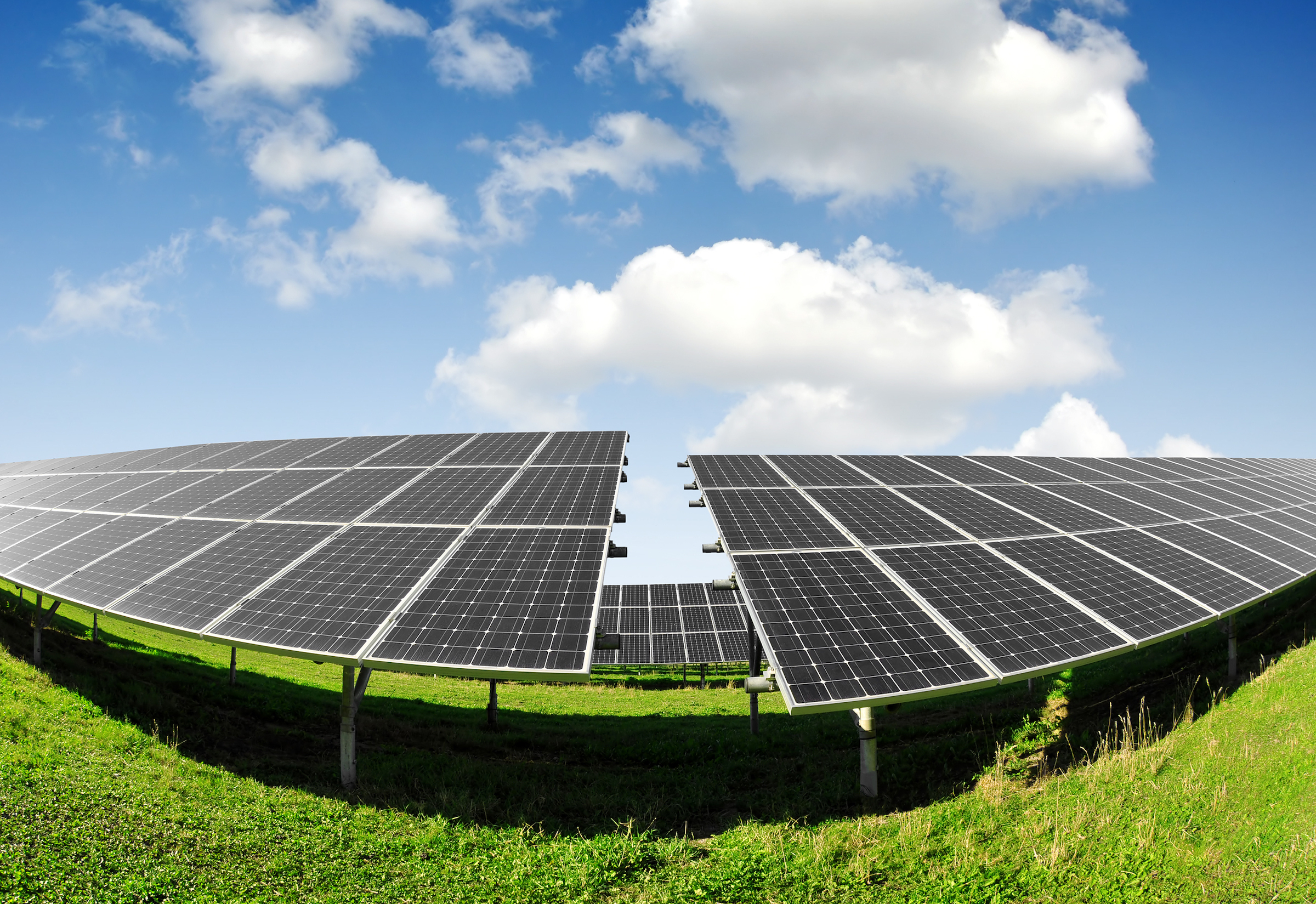 CIGS solar cells use Molybdenum as an electronic back-contact material.

When you hear of rotary targets, or targets in general, they mainly come in the context of sputtering, a physical vapour deposition (PVD) process used to create thin films without the need for material melting. Magnetron sputtering, in particular, is a deposition technique, in which tiny particles of metal are ejected from the source material (commonly known as sputtering targets) by a transfer of momentum from bombarding particles. A bombarding particle is typically a gaseous ion, trapped over the target material by a magnetic field, thus the name magnetron sputtering. Once ejected, the target particles deposit as a thin film on a glass substrate.

Sputtering targets come in different forms, most commonly in planar or cylindrical forms.

Planar targets are commonly used in rectangular shapes. Typical rotary targets, on the other hand, come in a cylindrical form and display many advantages, especially in cost, quality, and time. 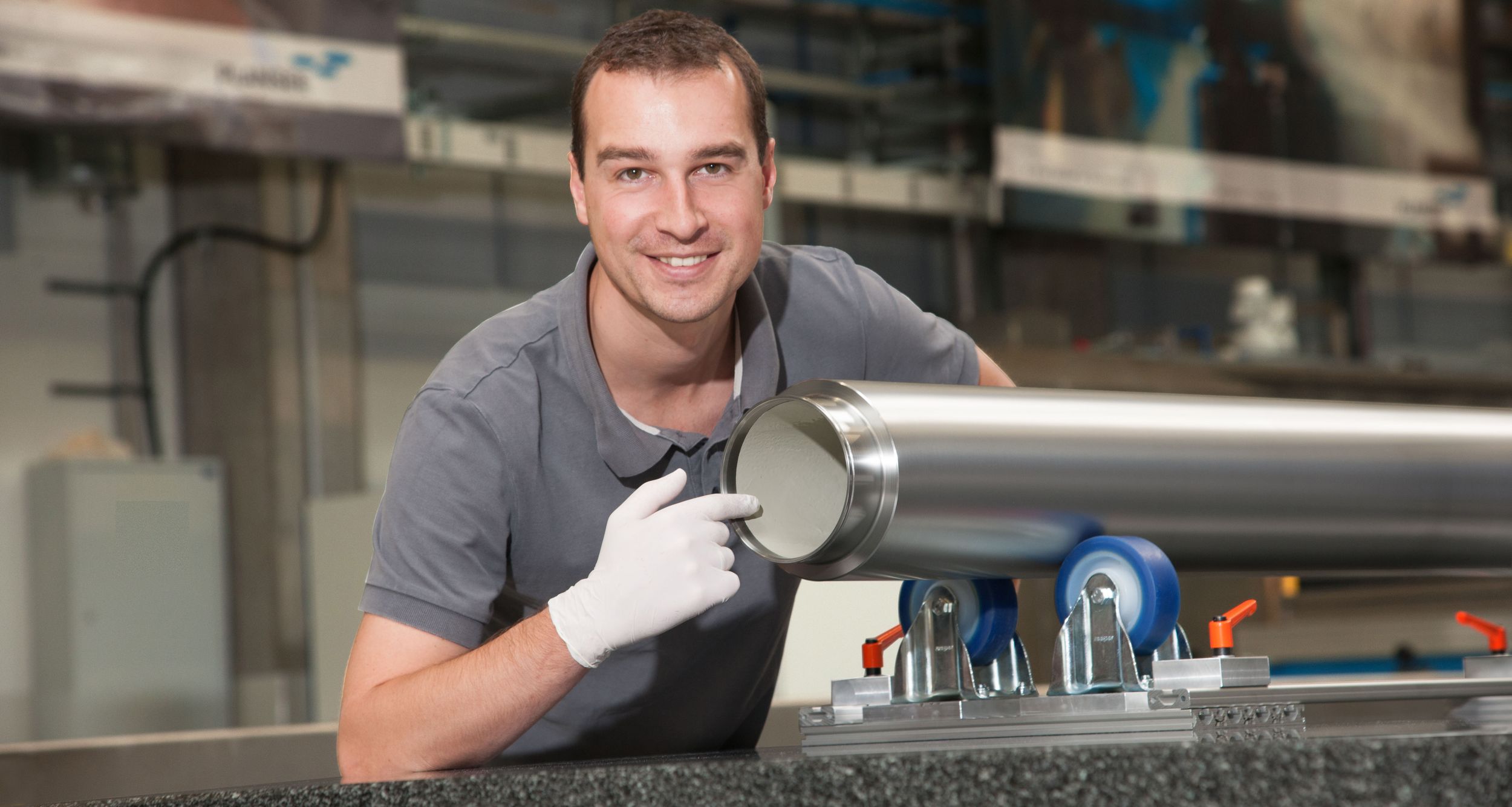 Conventional rotary targets are called bonded targets, as they consist of three components: the target material, a backing tube and a bonding layer in between. Plansee has taken it a step further with their monolithic rotary targets, as they do not require a backing tube. This is due to their targets being purely molybdenum. They can be operated at a significantly high-power density and thus, a high coating rate. Monolithic targets are in direct contact with the cooling water of the coating systems. This cooling water generally carries inhibitors that are added periodically to keep the conductivity and pH value stable. Plansee’s newly patented, polymer-based internal coating covers the target’s inner side with a very low thickness, preventing the water from contacting the molybdenum material without weakening its thermal conductivity. Thus, the addition of inhibitors can be reduced to a minimum.

Plansee guarantees a purity for their molybdenum targets of at least 99.97%. With densities of almost 100%, a high deposition rate and maximum electrical conductivity of the thin film is ensured.

Plansee is a leading company in producing and processing refractory metals, including molybdenum, tungsten, niobium, tantalum, and chromium. With nine decades of experience and over 15,000 product developments, Plansee can adjust and fit their materials’ properties to the customers’ requirements. With the mentioned refractory metals, Plansee’s material experts have developed around 200 alloys and composite materials specific for certain application areas, with new additions in aluminium, graphite, and ceramics.

Contact Plansee for more information and learn more about their pioneering efforts. 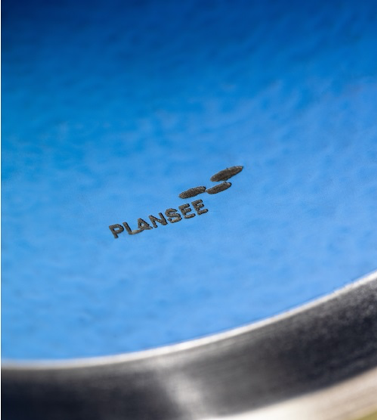 Plansee is entirely focused on producing, processing and marketing refractory metals such as tungsten, tantalum and molybdenum. These are the most heat-resistant metals. With their high melting point, they are suitable for use as heaters in high-temperature furnaces or as incandescent filaments in lamps. In electrical switch contacts, they are valuable because of their excellent electrical and thermal conductivity. In electrically conductive film in flat screens and solar cells, our alloys are remarkable for their low coefficient thermal of expansion. In this way, they bring astonishingly sharp image quality to our living rooms and provide us with clean energy.