Copper is one of the oldest metals used by humans. The main reasons for this are because it has useful metallurgical properties and it is a native metal, which means it can be found naturally in a usable form. It also occurs naturally in the minerals malachite, cuprite, azurite, bornite and chalcopyrite.

The chemical element symbol for copper is Cu, with the atomic number 29.

The benefits of using copper

Copper has many beneficial properties, making it ideal for a wide variety of applications.

The main properties of copper are:

This section will explore the key properties that make copper such a useful metal, with some examples of common applications.

Pure copper has an electrical conductivity value of 5.9×107 Siemens/m, making it the second most electrically conductive metal to silver, which has a value of 6.2x107 Siemens/m.

As copper is far more abundant and therefore less expensive than silver, copper quickly became a popular method for transmitting electricity. The ductility of copper makes it ideal for manufacturing wires and cables. However, the weight of copper made it less practical for overhead power lines, which tend to use aluminium or aluminium-coated high tensile steel strands. 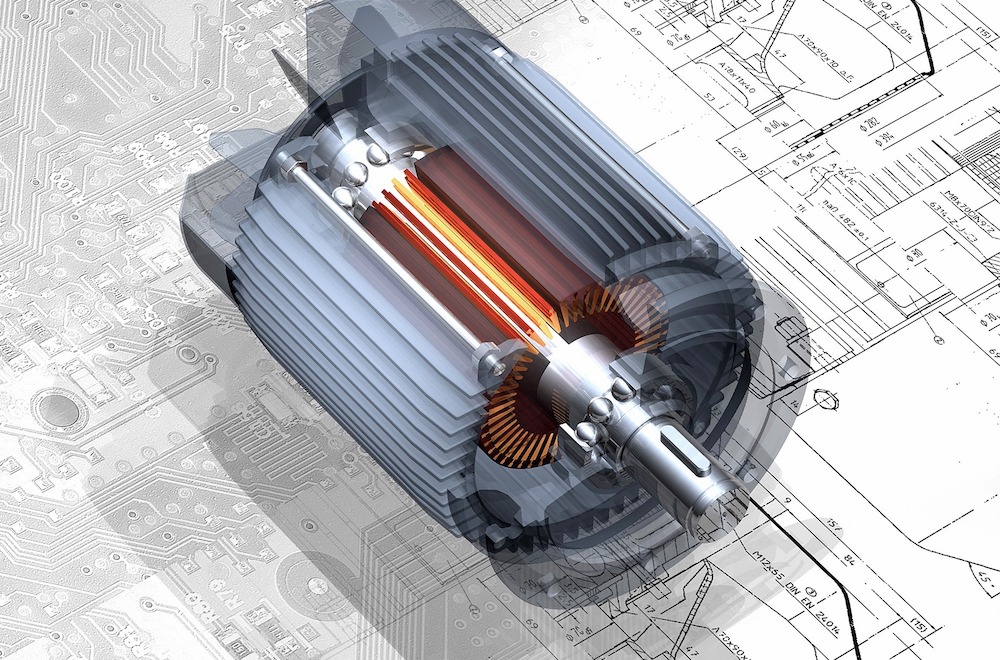 Copper wire is still used in instances that require transmission of high voltages where strength and energy efficiency are important, such as cables and catenaries for railways and tram networks.

Electrical motors, especially small ones, often use a copper coil, as the increased conductivity drastically improves the efficiency of the motor compared to other metals.

This means that heat passes quickly through the metal. This is due to the close lattice structure of the copper atoms that vibrate more as the temperature rises, transferring heat internally.

Copper also has a high melting point (1,085°C), making it ideal for high-temperature applications such as bases for cooking implements like saucepans, heat exchangers in boilers and heat sinks in electrical equipment.

Copper is both malleable and ductile, meaning it can be easily machined and stretched into a wire-like form. It is common to see copper used in architectural features, especially old church buildings as steeples and spires. Roofs and flashing of old buildings were often made from copper, and the green patina that forms from oxidation gives the buildings a distinctive look, as well as adding to the durability of the metal. 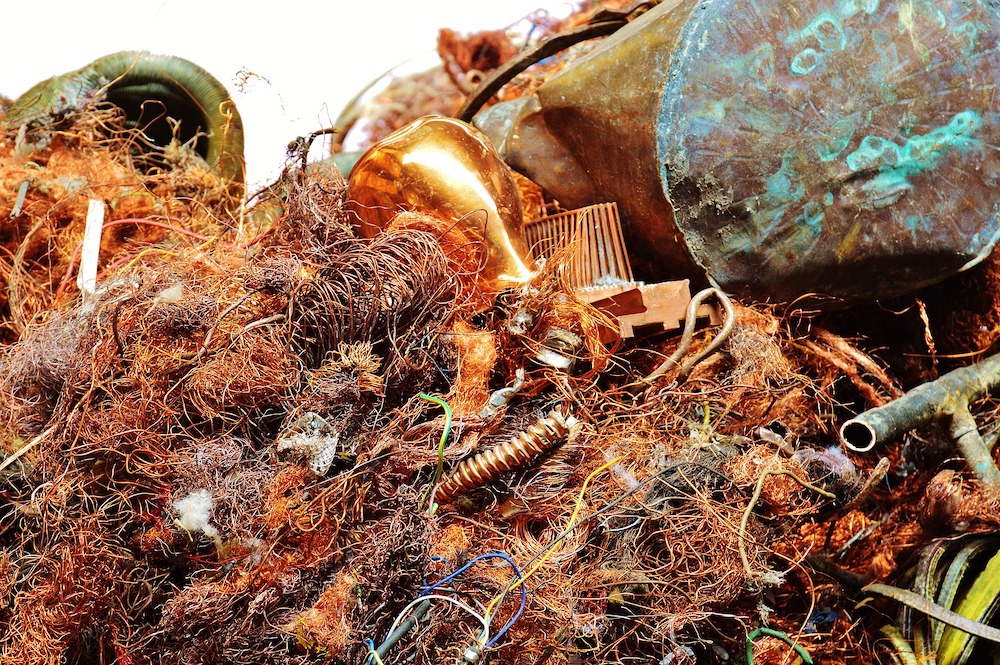 Other uses that demonstrate the malleability of copper include guitar strings, tubes, pipes, and cables.

Without the high ductility of copper, it would be impossible to manufacture the very small diameter wires that transfer electricity in computers, TV sets, mobile phones, and cars. Most compact electrical devices will contain copper wiring, usually in the printed circuit boards, where it has replaced aluminium as the wiring of choice.

With a high natural corrosion resistance, copper has proven to be a useful metal for outdoor and marine structures and seafaring. It is often used in an alloy form, as 90/10 and 70/30 copper-nickel alloys are very good at standing up to the corrosive effects of seawater.

To create the extremely high corrosion resistance properties of copper-nickel alloys, a chemical reaction takes place between the filmy surface of the metal and the salt-water, protecting the core metal below it. 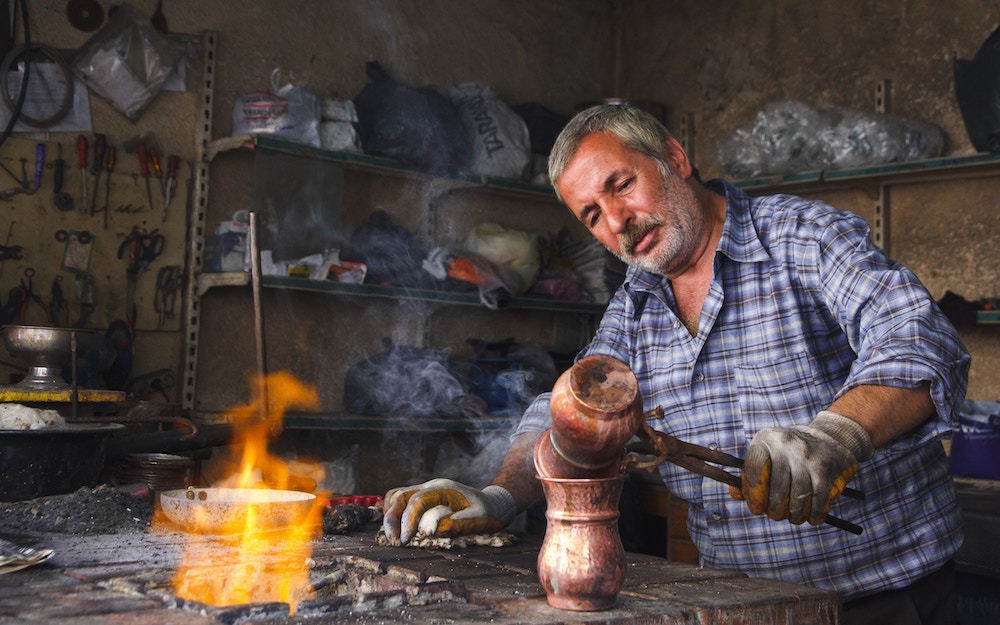 The corrosion rates are impressively low, ranging from 0.0025 to 0.025 mm per year. This has enabled piers, jetties, and docks to be built with a much higher lifespan when plated with these materials.

The corrosion resistance of copper is also a major factor in making it a popular choice for domestic plumbing for both water and gas pipes.

The antimicrobial properties of copper were noticed intuitively centuries ago, long before the science behind microbes was properly understood. Water-carrying vessels that were made from copper were less prone to algae growth and slime formation than other metals.

Scientists are still investigating the antibacterial properties of copper, and many believe that it could provide a solution to the problem of resistant bacteria being transmitted in hospitals.

Copper alloys are of special interest in this field of research, as they are self-sanitising due to the filmy surface structure, that kills off a huge number of microbes, including MRSA.

It is increasingly common to see copper touch surfaces in hospital wards and operating theatres, replacing the stainless steel and silver surfaces that aren’t as effective in killing bacteria.

Other problematic microorganic infections that are eliminated by copper are E coli, Staphylococcus, influenza A virus, Clostridium difficile and Adenovirus, as well as other fungal infections.

Another related property of copper is that it’s biostatic. This means that bacteria and other life forms won’t grow or thrive on it. This is one of the reasons (along with its superior corrosion resistance) that copper is often used on ship hulls to prevent barnacle and mussel growth, especially in the form of copper-based paint.