What is Bulk Modulus?

Bulk modulus values can be calculated for any material, but it is mostly used to describe the behaviour of fluids (liquids and gases). For anisotropic solids (solids with different properties along different axes), all three moduli are insufficient to predict the behaviour of that material accurately, and so a generalised Hooke’s law is required. There are material-specific formulas that can derive the bulk modulus of the material from its Young’s modulus, shear modulus and Poisson’s ratio.

Bulk modulus is a measure of how compressible a material is, and so the higher the bulk modulus, the lower the compressibility of that material and vice versa. Bulk modulus has the same units as pressure since strain is unitless, and it is often expressed in Pascals, N.m-2 or PSI.

In this article, you will learn: 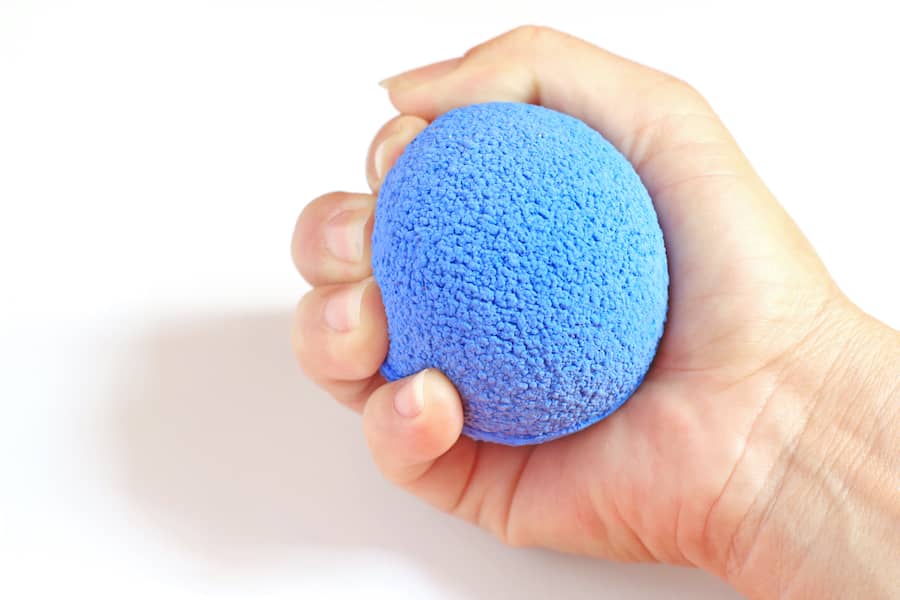 What is bulk modulus?

The bulk modulus of a material can be expressed as

Where K is the bulk modulus, V is volume and P is pressure.

For ideal isotropic and elastic materials, the bulk modulus, modulus of elasticity, and Poisson’s ratio are related by the following equation [1]:

Where K is the bulk modulus, E is the modulus of elasticity, and 𝜈 is Poisson’s ratio. Poisson’s ratio describes the expansion or contraction of a material perpendicular to the applied load.

Changes in the specific gravity (the relative density) and temperature of a liquid can significantly affect its bulk modulus. The bulk modulus of most liquids ranges from 1700 MPa to 2100 MPa, which indicates that in practice most liquids can be considered incompressible, although this is not theoretically true.

The bulk modulus of a material may be measured experimentally through several techniques such as powder diffraction, in which X-rays or electrons are targeted at a powdered or microcrystalline sample. However, more common nowadays are calculated values derived through modelling. These models require input in the form of other tested or known property values in order to produce values for the bulk modulus.

Examples of empirical testing apparatuses for bulk modulus include [3]:

Several theoretical formulas have been derived for calculating bulk modulus and, although different, they show good agreement with each other in the values obtained. However, there is little appreciable difference when compared with the experimentally derived values [4].

Below are the three moduli values for selected materials. The bulk modulus of diamond is the highest as it is the hardest known material.

Table 1. The Young’s, bulk and shear moduli of selected materials [5].

Bulk modulus is an important factor to consider in hydraulic systems. The main factors that affect the bulk modulus of a fluid are temperature and entrained (or trapped) gas.

The table below shows how the bulk modulus is affected by varying temperatures and the quantity of entrained air in the hydraulic fluid Brayco 745.

Application for bulk modulus is more critical in fluids than solids because solids are rarely subjected to three-dimensional stress. So the shear and young’s modulus suffice for predicting the behaviour of solids for most applications.

For fluids, the bulk modulus is an essential property that helps especially in the design of hydraulic components such as pumps, cylinders, motors and valves. [3]. Working temperature ranges can be specified and limits set on entrained air to meet design requirements.

For gases, the bulk modulus is vital in the design of sonar (underwater) and echo-location (in air) transducers.

Bulk modulus can be taken as the extension of Young's modulus to three dimensions. It describes how a material would react when it is compressed uniformly in all three dimensions of space. 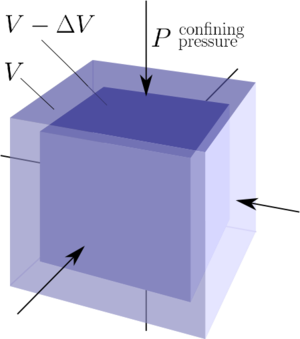