Rhenium as a Catalyst: A Future of Maximised Efficiency

Since the late 1960s, when increasing concerns at the time about vehicle-induced pollution led to the rise of efficient fuels for internal combustion engines (ICEs) by catalytic reforming, the world has been gradually transitioning to more sustainable solutions. Today, green mobility has become an indispensable need to ensure sustainability, and selecting the right materials that can not only guarantee but expedite this transition is vital. Rhenium’s excellent material properties have enabled rhenium-activated catalysts to play a major role in this transition, from fossil fuel reforming to biorefinery, hydrogen evolution in electrolysers, and reduction of oxygen in fuel cells, taking them a step ahead of other conventional catalysts. So, how has the addition of rhenium transformed catalytic reforming, and what role could rhenium play in catalysts of hydrogen fuel cells and electrolysers?

Low-octane fuels are fuels that ignite with minimal compression and are used in engines with low compression ratios, such as diesel engines. However, as the octane number increases, the fuel can endure increasing levels of compression, which improves its performance. High-octane fuel, such as benzene, is mainly used in high-performance gasoline engines with high compression ratios. The reason that the catalytic reforming process is at the cornerstone of gasoline production is that it can improve the octane rating effectively, and it also helps increase the antiknock quality of fuel blending stocks.

From catalytic reforming to catalysis in fuel cells and electrolysers

With innovations in the mobility sector pointing towards sustainability and “green” alternatives, catalysis has been repurposed for newer, more eco-friendly solutions. Proclaimed as the “future of high-efficiency energy conversion for transportation applications,” low-temperature polymer electrolyte membrane fuel cells have been gaining traction in the green mobility movement. The most dominant type today is the proton exchange membrane (PEM) fuel cell, which is developed primarily for transportation applications. Fuel cells, by definition, are systems that make use of chemical reactions to generate electricity. PEM fuel cells are distinct because of their low ranges of temperature and pressure and their proton-conducting polymer electrolyte membrane. They have exhibited high peak power density when using hydrogen gas as the fuel and ambient air as the oxidant (Figure 2). 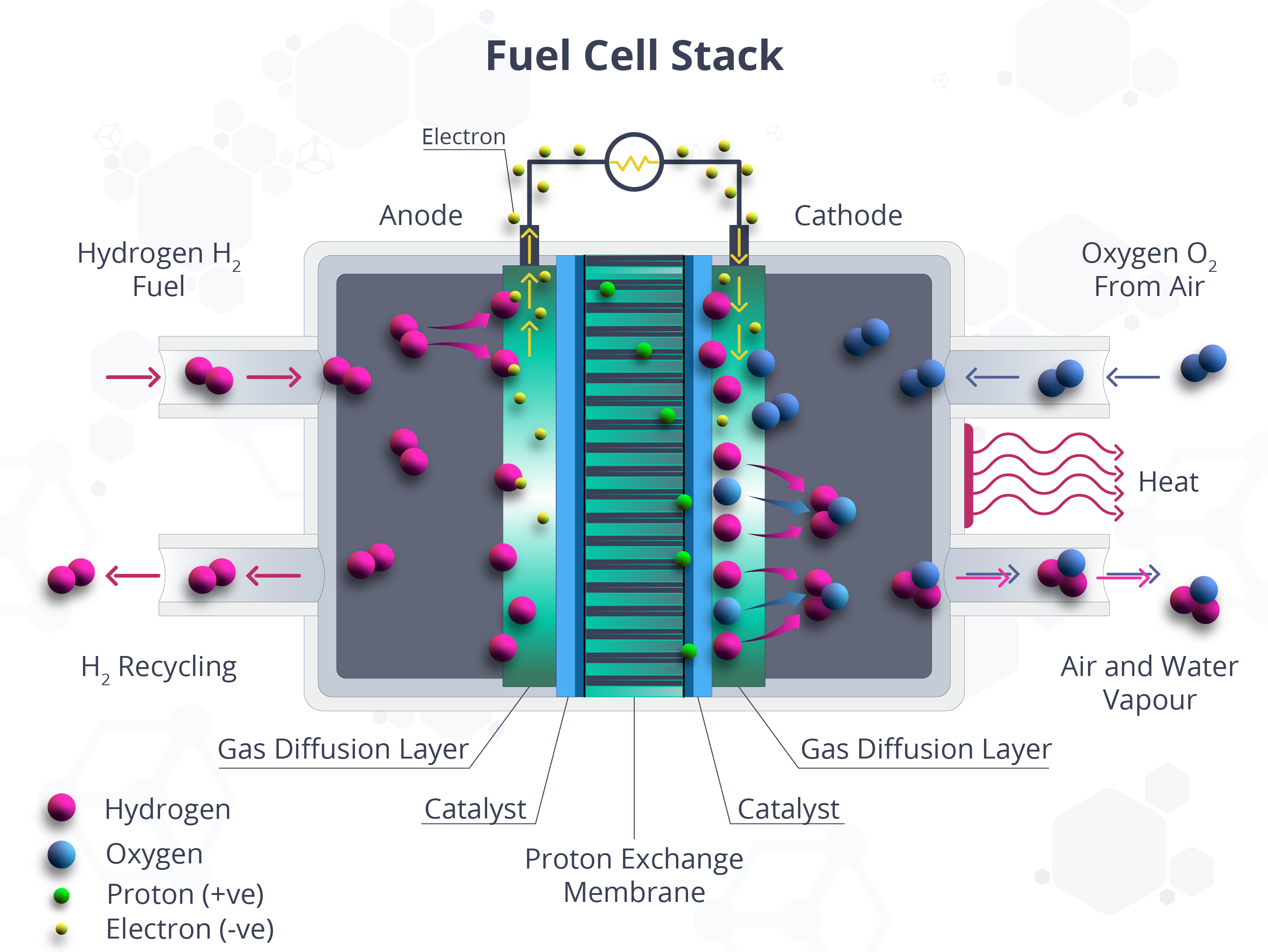 Figure 2. Fuel cell stack showing the use of catalysts in the electrochemical process.

Compared to fossil fuel engines, hydrogen fuel cells offer two significant advantages, and these are lower emissions and lower noise. However, the efficiency is yet to be at the level that allows them to be broadly commercially successful. This is where the importance of catalyst efficiency comes into play, as it defines the fuel cells utility.

Another example of the importance of catalysis is electrolysers. Just like fuel cells, electrolysers are made of an anode and cathode, but they go in the opposite direction as in using electricity to split water into hydrogen and oxygen. They are a promising solution for hydrogen production from renewable energy sources, helping in minimising CO2 emissions. PEM electrolysers, for instance, utilise a solid specialty plastic membrane as the electrolyte to produce hydrogen gas. Yet, in order for such electrolysis to be efficient, highly effective electrocatalysts are needed that can withstand the harsh environment within. This is where platinum-group-metal-based (PGM-based) catalysts are the main choice.

Catalysts used in reforming processes mainly have platinum as the active catalyst. When combining platinum with other metals, such as rhenium, to form bimetallic or multi-metallic catalysts, significant enhancements in catalyst effectiveness have been observed. Today, rhenium is arguably one of the most valuable elements in heterogeneous catalysts. Its addition has brought about substantial improvements to the catalyst’s lifetime and stability as it reduces the rate of coke formation and minimises its damaging effect on the catalyst’s performance, all without affecting the reforming reaction. Rhenium also increases the selectivity and activity of the catalyst, and thus, improves the yield of the process.

Rhenium’s high resistance to catalyst poisoning from elements like nitrogen, sulphur, and phosphorus, has allowed its use in catalysts to increase dramatically. In 2018/2019, demand for rhenium in catalysts was estimated at nine tons per year, 75% of which are used in catalytic reforming processes. The rest is consumed in catalysts of ethylene oxide (C2H4O), gas-to-liquid (GTL) processes and other minor uses.

Platinum-rhenium (Pt/Re) catalysts are the most abundant type of rhenium-based catalysts. Rhenium’s role in Pt/Re catalysts is as a promoter of the catalytic activity, having a significant positive influence on the performance of the solid catalyst that is platinum. Table 1 below shows the typical ranges of the chemical composition of Pt/Re catalysts.

Platinum-rhenium catalysts have been a transformative addition to the industry as it brought about significant improvements in yield, stability, activity, and ease of regenerability. The most common form of rhenium that is used in the manufacture of Pt/Re catalysts is ammonium perrhenate (APR). APR is a white, soluble salt that produces pure rhenium metal powder when heated in a hydrogen medium. It is also used to produce perrhenic acid.

Rhenium catalysts: integral to the transition towards sustainability

With the concerns over CO2 emissions and fossil fuel depletion are becoming bigger than ever, finding alternatives has been vital. Biorefineries, for example, use vegetal material or “biomass” for production of chemical and fuel. In such synthesis processes, rhenium-based catalysts have exhibited high efficiency. Studies have shown that rhenium-mediated systems become more selective and active to generate high olefin yields [1]. But the development of these catalysts is highly dependent on the control of rhenium’s oxidation state. Such control allows heterogeneous rhenium catalysts to be used in different catalytic reactions, including hydrogenation, deoxyhydrogenation, carboxyl acid hydrogenation, and C-O hydrogenolysis [2].

Other new application areas for rhenium catalysts include PEM fuel cells and electrolysers. Fuel cell catalysts have been made from precious metals, like platinum. The price of the metals needed for the catalyst renders the process too expensive for mass production in many cases. That’s where Rhenium comes in.

Some companies and research centres are making rhenium-doped engineered catalyst support and engineered electrolyser catalysts with the aims to improve fuel cell performance, extend the working life and reduce the cost of fuel cells for the most demanding applications, such as heavy-duty fuel cell vehicle applications. Furthermore, researchers are making precious-metal-free catalysts for low and moderate power density applications, such as stationary or back-up power, combined-heat-and-power (CHP) and waste-water treatment. Some promising results have shown that rhenium can withstand acidic conditions within a PEM fuel cell and is an efficient catalyst to accelerate chemical reactions within fuel cells and electrolysers.

A significant example of rhenium’s promising use is in direct ethanol fuel cells (DEFC), as described by scientists from the Indian Institute of Technology. They showed that the addition of rhenium to platinum-based catalysts was evidently valuable to the electro-oxidation of ethanol in DEFCs [3].

Rhenium catalysts have clearly become a promising dynamic in the reduction of greenhouse gases and in the processes of hydrogen evolution and oxygen reduction. For instance, a study by researchers from the University of Chile (2015) showed the electrodeposited rhenium oxides exhibited electrocatalytic behaviour in a hydrogen evolution reaction (HER), resulting in an order of magnitude increase in exchange current density [4].

The list of works on rhenium catalysts is very big, and the potential of these catalysts is even bigger. As the transition towards green mobility is gaining ground, rhenium catalysts could be at the centre of it, making sure sustainability-oriented systems are functioning at their highest possible efficiencies. 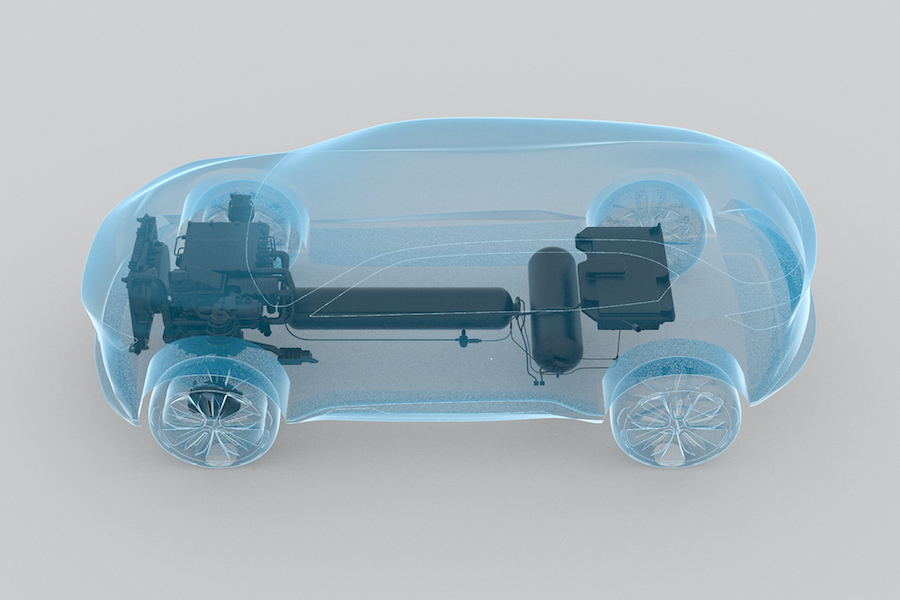 Figure 4. The use of fuel cell technology to ensure green mobility and sustainability. (Faurecia)

Where to find rhenium

Despite its classification as a rare transition metal, rhenium’s presence for industrial use remains economically viable. Suppliers of rhenium have sustained a constant supply of rhenium for decades. Molymet, a leading global corporation in rhenium and molybdenum production, have committed themselves to contribute to the advancement of the rhenium market via their strong support for new end uses of rhenium and their guarantee of a long-term supply of rhenium products for researchers and users worldwide. Molymet have listed their materials here on Matmatch with the aim to help engineers, researchers, and product developers easily find their desired materials, like rhenium.

Check out Molymet’s supplier page for more information on their materials listed on Matmatch and for direct contact with their representatives.

Molymet is a Chilean company with international outreach. Our subsidiaries and offices located in The Americas, Europe and Asia allow us to efficiently support our customers and supply 35% of the global demand for molybdenum.

Molymet has a program that ensures companies and individuals trying to develop and market products that contain or may contain rhenium, receive appropriate support from our experts.

In Molymet, we have developed a wide variety of molybdenum and rhenium solutions applicable to the steel, chemical and metallic industries. In this section you will find detailed information about our products, services and all kinds of innovative solutions to meet your needs.

Molymet’s history and future are built on the capacity to consider everything we carry out from a sustainable perspective committed to environmental care. Find out more about this commitment and our environmental achievements.

Molymet works to strengthen its leading worldwide position in the molybdenum and rhenium market through a flexible and efficient processing capacity, the continuous process of optimization and innovation, as well as the search for new business opportunities in strategic metals.

Molybdenum: a key element for the industry and a core metal for life

Molybdenum is a natural element used to develop a wide variety of products applicable to the transport, construction, energy, agriculture and healthcare industries. This chemical element is also found, in small amounts, in plants, animals and even in the human body, which means that there is no life without it.

Another noteworthy feature is its great resistance to corrosion, molybdenum maintains its structure stable both at room temperature and at temperatures reaching 400 °C. Besides, it also maintains its properties in non-oxidative conditions, resists non-oxidative mineral acids and is relatively inert to environments containing hydrogen sulfide. Molybdenum is also resistant to iodine, bromide and chloride vapor; and to liquid metals like bismuth, lithium, potassium and sodium. This resistance to corrosion may even be increased when molybdenum is in alloys with tungsten and chrome.

There are two types of uses for molybdenum: primary and end. Within primary uses, molybdenum is employed in the manufacture of chemical and steel products -structural and stainless steel- as well as pure molybdenum elements. Molybdenum end uses include finished products containing different percentages of molybdenum, which products are then used to manufacture elements for the oil, chemical, automotive, and aeronautic industries, among others.