More than 350 years ago, it was observed that Chinese porcelain makers were adding to their designs a unique peach colour that wasn’t known or recognised in the rest of the world [1].  That remained until 1779 when the Irish chemist and mineralogist Peter Woulfe identified the existence of a new metal in samples of Sweden’s wolframite, but he did not separate it [2].  Later in 1781, German chemist Wilhelm Scheele continued the research and succeeded in isolating an acidic white oxide, which he deduced was the oxide of this new metal. The honour of discovering this metal was given to the Spanish chemists and mineralogists Juan Jose and Fausto Elhuyar, who in 1793 produced the same acidic metal but unlike any others, were successful in isolating the metallic tungsten [1].

Tungsten is a transition metal known for its outstanding properties, especially when combined with other elements in compounds such as tungsten carbide. The name Tungsten was derived from the Nordic words “tung" and "sten”, which combined mean “heavy stone” [3]. Tungsten is also known as wolfram, from which it takes its chemical symbol, W. The name wolfram was originated from the wolframite mineral.

The content of tungsten in the Earth’s crust is around 0.007% (global reserve 3.5 million tons). Today, China accounts for a significant majority of the global tungsten reserves [1]. Tungsten and its compounds have a wide spectrum of applications due to their physical and chemical properties.

Tungsten is a light grey or silvery-white metal that constitutes one of the toughest metals can be found in nature. The density of tungsten is significantly high, in fact, among the highest of all metals [2][4]. The table below shows some of the key features of each of tungsten and tungsten carbide. Notice how the addition of carbon increased its hardness significantly but lowered its melting point and thermal conductivity.

Tungsten has the highest melting and boiling points among all discovered elements and the lowest coefficient of thermal expansion (CTE) among metals.

Here's a property comparison from Matmatch that shows tungsten's ranking among other metals in terms of melting point, coefficient of thermal expansion, and density. Notice how tungsten ranks highest in melting point, lowest in CTE, and among the highest in density. Click on the figure or the link in the caption below to perform your own comparison scheme. 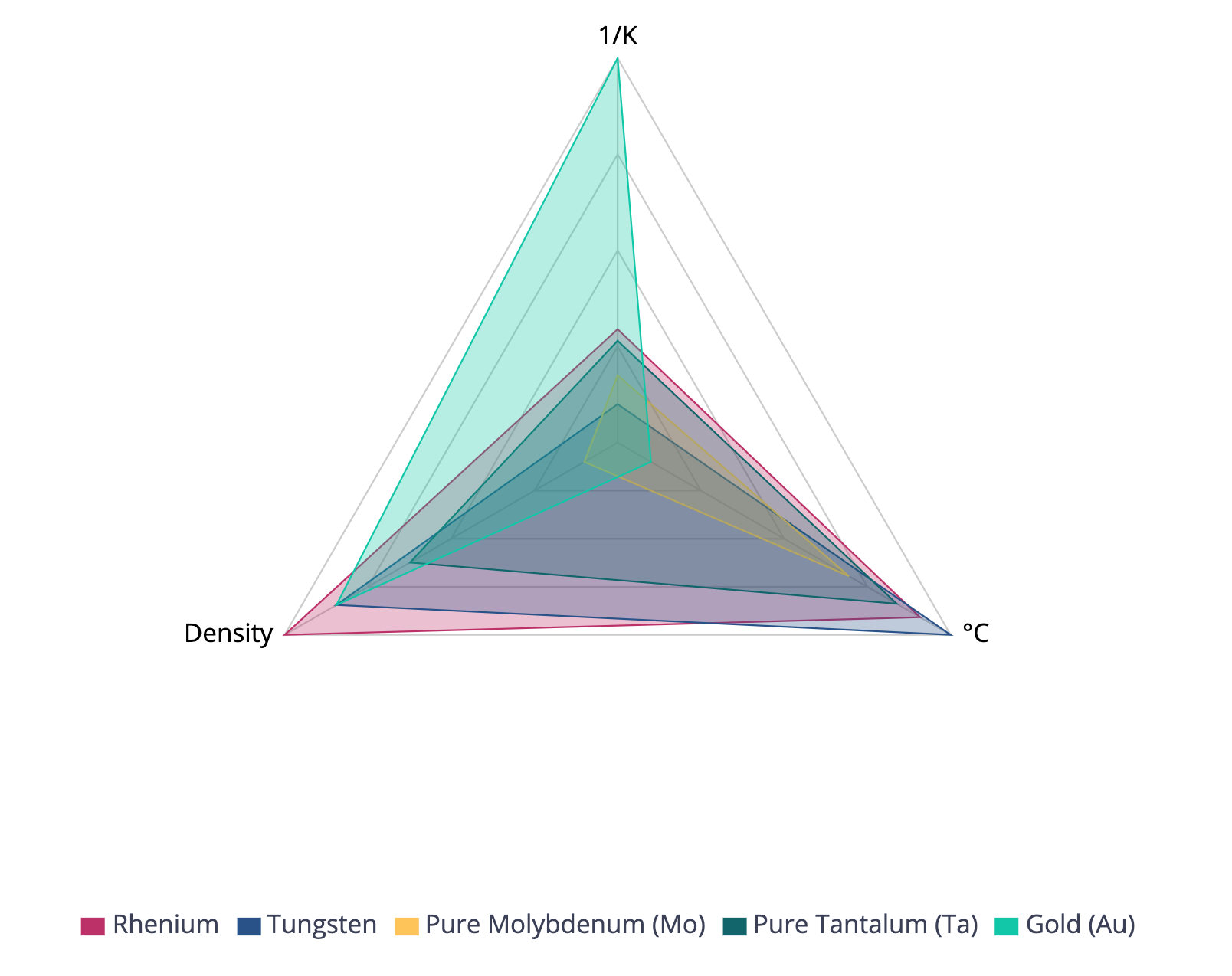 Figure 1. Property comparison between Tungsten and other metals showing their rankings for melting point, CTE, and density

This rare metal’s properties, whether in its pure or alloyed form, render tungsten quite useful for many modern-day applications. Tungsten rings, for example, are considered to be scratch resistant and unbreakable due to their incredible hardness and strength. The fact that they do not easily rust and are corrosion resistant to a high degree makes them even more alluring to the future of materials science.

Production and processing of tungsten

Tungsten occurs naturally in the environment as in rocks and minerals combined other chemicals, but it doesn’t exist as a pure metal. The two major minerals of tungsten are wolframite and scheelite. Wolframite [(Fe,Mn)WO4)] is found in quartz veins and pegmatites associated with granitic intrusions [5]. Wolframite is strong, very dense, and has a high melting point. Its colour varies from light grey to deep black and its lustre is sub-metallic. Scheelite (CaWO4), on the other hand, occurs generally as compact or granular masses. Scheelite colours vary between white, grey, brown, pale yellow, orange and colourless. One of its main characteristics is that it is highly fluorescent under ultraviolet light [6].

As some of the ore deposits of tungsten are quite close to the surface, surface mining which is essentially removing the overlying soil and rock on the mineral deposit is practised.

For ore deposits at a depth below the crust, horizontal or vertical shafts and tunnels are built, and the ore is extracted.

As tungsten is primarily obtained from wolframite and scheelite, its production uses the method developed by Juan Jose and Fausto Elhuyar. The tungsten ores are crushed, cleaned, and treated with alkali, resulting in the production of tungsten trioxide (WO3). This trioxide compound is then heated with carbon or hydrogen gas to produce tungsten metal and carbon dioxide (CO2), or in other instances, tungsten metal and water vapour (H20) [4].

Majority of the tungsten ore mines are in in the Nan Mountains in China, having about 50% of the world’s reserves. Other regions with significant tungsten resources are the northern Caucasus and Lake Baikal in Russia, Kazakhstan, Sand Dong in South Korea, north Canada, Chojlla in Bolivia, and the Rocky Mountains in the United States [4][7].

Depending on the use, tungsten products can be classified into four main categories: carbides, mill products, alloys and superalloys, and various chemical products [8].

Carbides are the most common and hardest tungsten compound products. Companies that chemically process tungsten are mainly producing tungsten concentrates, ammonium paratungstate (APT), tungsten oxide, tungsten metal powder, tungsten carbide powder, and other tungsten chemicals [7]. About 60% of the tungsten produced is used in cemented carbide parts for cutting and wear-resistant applications, primarily for the construction, metalworking, mining, and oil and gas industries. The remaining 40% is generally used to make various alloys and specialty steels, electrodes, filaments, wires, as well as diverse components for electric, electronic, heating, lighting, and welding applications [7]. A summary of the products and an example of uses is presented in the table below.

Table 2. Different tungsten products and their applications and uses

Another interesting use of tungsten has been the gold substitution. The jewellery industry uses tungsten as an alternative to gold as its density is similar (0.36% less than gold’s density) and is also hypoallergenic and scratch-resistant. In the last decades it was discovered that tungsten was used in counterfeiting of gold bars, in which the existing gold bars have been observed to have drilled holes replaced with tungsten rods as they have similar densities and properties and are priced significantly less than gold [9].

The use of energy is continuously growing worldwide, even faster than the energy supply. Additionally, the future trend of energy is the efficiency in its production and consumption. It is then expected that tungsten products and applications play a significant role in this future challenge [10]. Tungsten oxide‐based electrodes have been investigated to develop energy‐storage applications, such as supercapacitors and batteries, considering this material provides benefits due to its charge‐transport features, unique physicochemical properties, and good resistance to corrosion [11].

Tungsten products have also an important opportunity is in the field of renewable energy, where they can have a significant impact on fossil energy or renewable power generation, power transmission, and power distribution [10]. 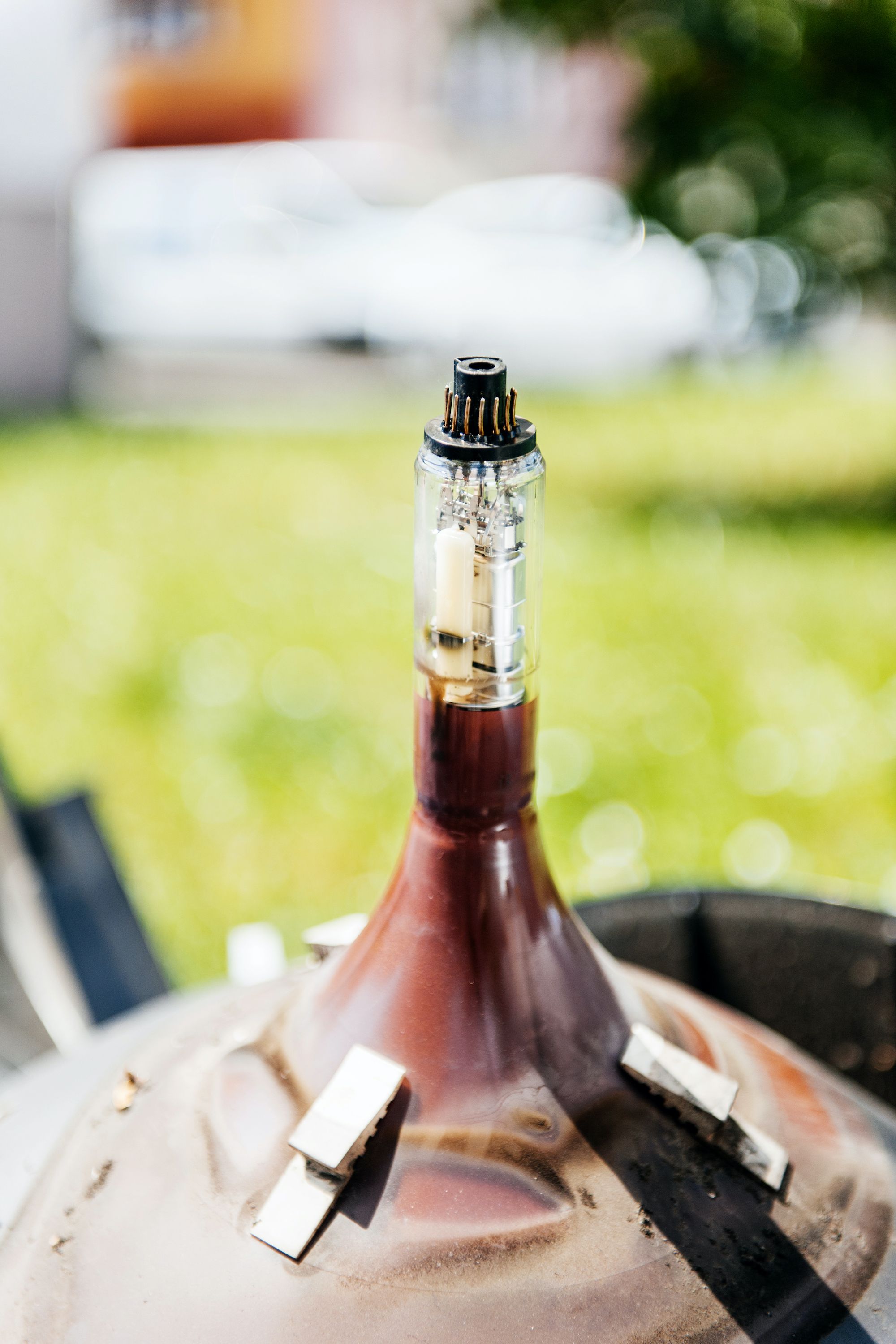 A sample of a cathode ray tube.