In simple terms, cold rolling is an industrial process used to change the material properties of sheets or strips of metal. The metal is fed between two rollers which compresses it. The resulting mechanical properties vary, depending on how much strain is applied.

The main benefits of cold rolling are that it results in a smoother surface, greater dimensional accuracy and increased hardness. 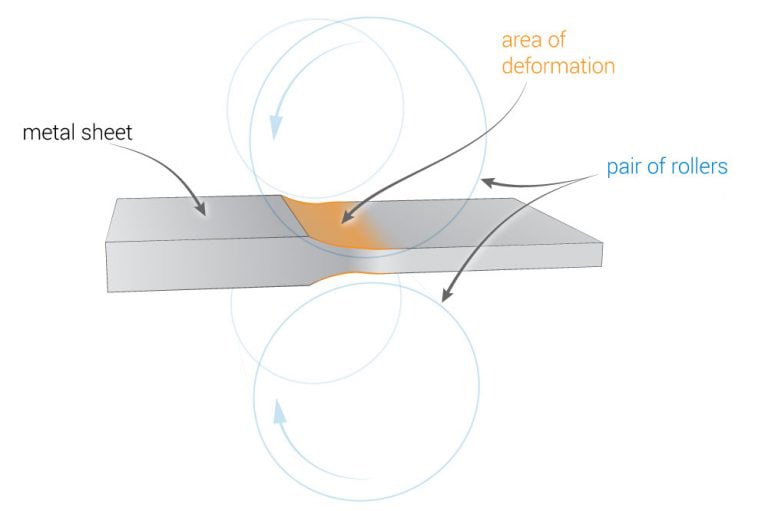 Rolling is an important function of the steel industry. It’s a steel fabrication process involving passing the metal through a pair of rollers. There are two main types of rolling process:

Flat rolling – the finished product is a sheet

Profile rolling – the finished product is a bar or rod.

The process always starts with hot rolling. Hot rolling refers to the process of rolling steel at a temperature typically above 900 °C, greater than its recrystallisation temperature. This allows steel sheets to be made in larger, thicker sizes, ideal for the manufacture of railway rails, large beams, or girders.

Before moving on to cold rolling, the metal is ‘pickled’, which means the scale formed by hot rolling is removed from the surface of the metal, otherwise it would interfere with the process.

Cold rolling takes the hot rolled product and processes it further. After hot rolling, the steel is cooled to room temperature, then passed through cold rollers at a temperature lower than its recrystallisation temperature. This rolling process is called annealing and relieves stress and leads to a higher yield strength and greater hardness. This is due to reorientation of the grain and the creation of flaws in the crystal structure, leading to microstructure hardening.

The cold rolling mill is usually fitted with thickness gauges that check the steel as it comes out of the rollers. Reversing mills are designed so that the steel can be reversed and pushed back through the rollers which are brought closer together each time until the desired thickness is achieved. Multi-stand mills have three to six pairs of rollers in a series, each pre-set to reduce the thickness by a certain percentage until the final thickness is reached.

Usually each pass will reduce the thickness between 50 to 90%. Due to the high compression forces and friction, the temperature of each pass has the potential to reach as high as 250 °C. Therefore a cooling agent must be used to keep the rollers and metal cold and lubricated. Oil or water are usually used for this purpose.

The resulting metal typically has a thickness of between 0.12 to 2.5 mm. Due to the thinness of cold-rolled steel, it is used for applications such as drinks cans or lightweight vehicle panels, light aircraft etc.

Modern, efficient cold rolling mills can roll pickled sheets or strips at speeds of up to 4 m/s and tandem mills that are continuously working can produce up to 2.5 million tons of cold rolled steel annually. 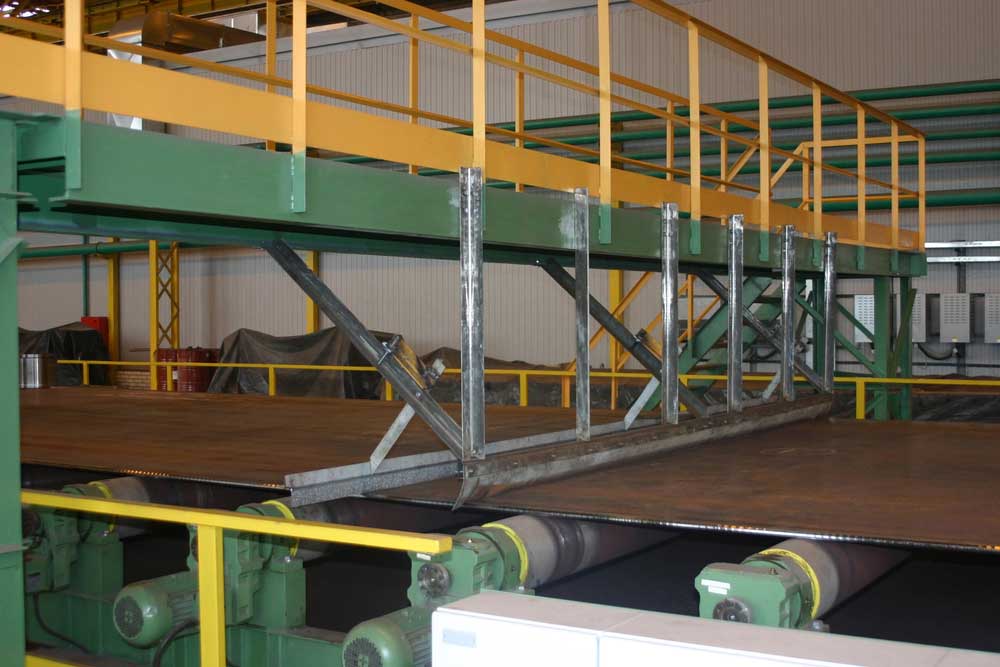 The advantages of cold rolling

Cold rolled products have the following advantages over hot rolled: 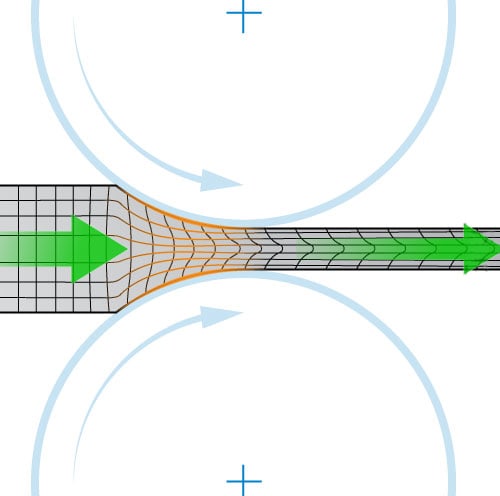 Adjustment of the grain structure during the process

The result of cold rolling, i.e., increased hardness, is sometimes referred to as temper, but this is not to be confused with the heat treatment process known as tempering.

The amount of cold rolling that is performed on a sheet of metal determines the name given to the stock.

Full hard, half hard and quarter hard stock are terms used to describe metals that have a reduction in depth of up to 50% after rolling. As a result, the yield point increases and ductility reduces. The grain orientation is also altered.

Skin-rolled metal is only reduced by up to 1%, and it may be necessary to smooth the surface to prevent wrinkling. The metal increases in ductility, making it ideal for stretching later.

Another main benefit of cold rolling is that finish material can be bent relatively easily. Full hard metal bends to a maximum of 45°, half hard to 90°, and quarter hard can bend right back on itself. The fact that the materials do not fracture make it useful for many applications that require bending and shaping of the material.

Cold rolling is a process that occurs after hot rolling in order to reduce the thickness, increase the yield and tensile strength and pliability of metal. It is a relatively expensive and labour-intensive process, but the improved mechanical properties increase the value of the finished product, whether that is a sheet, strip, or coil.

Processes In The Glass & Ceramics Industries

Other Equipment For The Chemical Industry