The phenomenon of precipitation hardening was discovered by Alfred Wilm, a German metallurgist, in the years leading up to 1911 when he published his first article on the subject. He noticed that aluminium alloys containing small amounts of copper, magnesium, silicon and iron that had been rapidly quenched from a temperature just above its melting point and brought to room temperature started to show an increase in hardness over time [1].

Precipitation hardening, also known as age hardening or particle hardening, has seen many proposed physical explanations over the last hundred years and there are still aspects of it that remain unclear. However, its effects are apparent and repeatable and it has become a widely used method of hardening suitable metals and alloys. 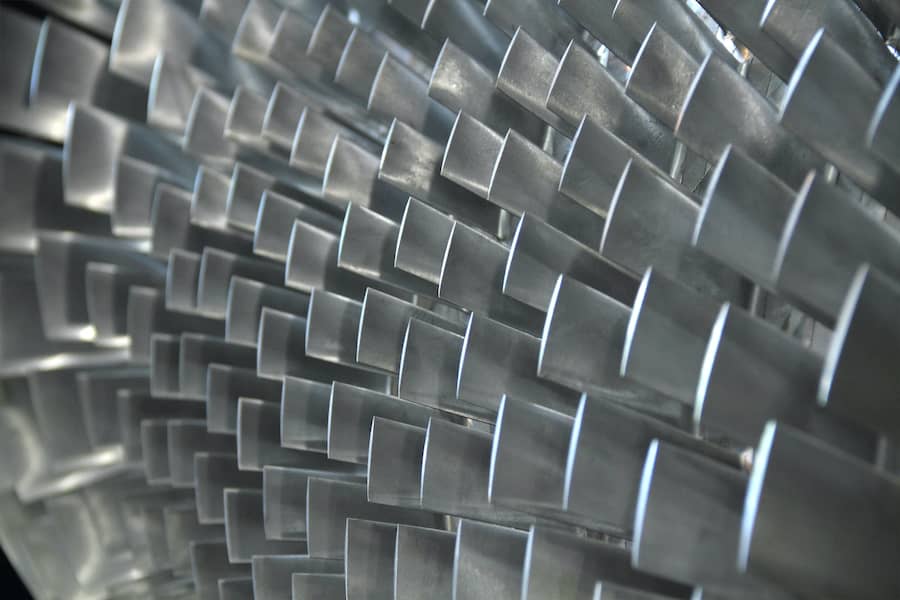 What is precipitation hardening?

What does precipitation hardening do?

Precipitation hardening leads to a gradual increase in yield strength and hardness. This works through a mechanism where the precipitate particles of the low-temperature phase inhibit the movement of dislocations/defects in the lattice structure of an alloy. They can do this because of their different crystallographic structure compared to the surrounding material.

Since the plasticity of the alloy is heavily dependent on the movement of these dislocations, the precipitate particles harden the alloy and increase its yield strength by making it more difficult for these dislocations to propagate. The mechanism is similar to how the filler in composite materials serves as reinforcement, increasing their strength by blocking the propagation of cracks.

The process of precipitation hardening

The process of precipitation hardening can be simplified into three major stages: solution heat treatment, quenching, and ageing [2].

Also referred to as homogenisation, this step involves heating an alloy to a certain temperature where it is held until all of the solute dissolves into the α-phase producing a uniform solid‐solution structure. For example, for duralumin, an Al-Cu alloy with about 4% copper, the α-phase would exist at about 550 °C as shown in the figure below. 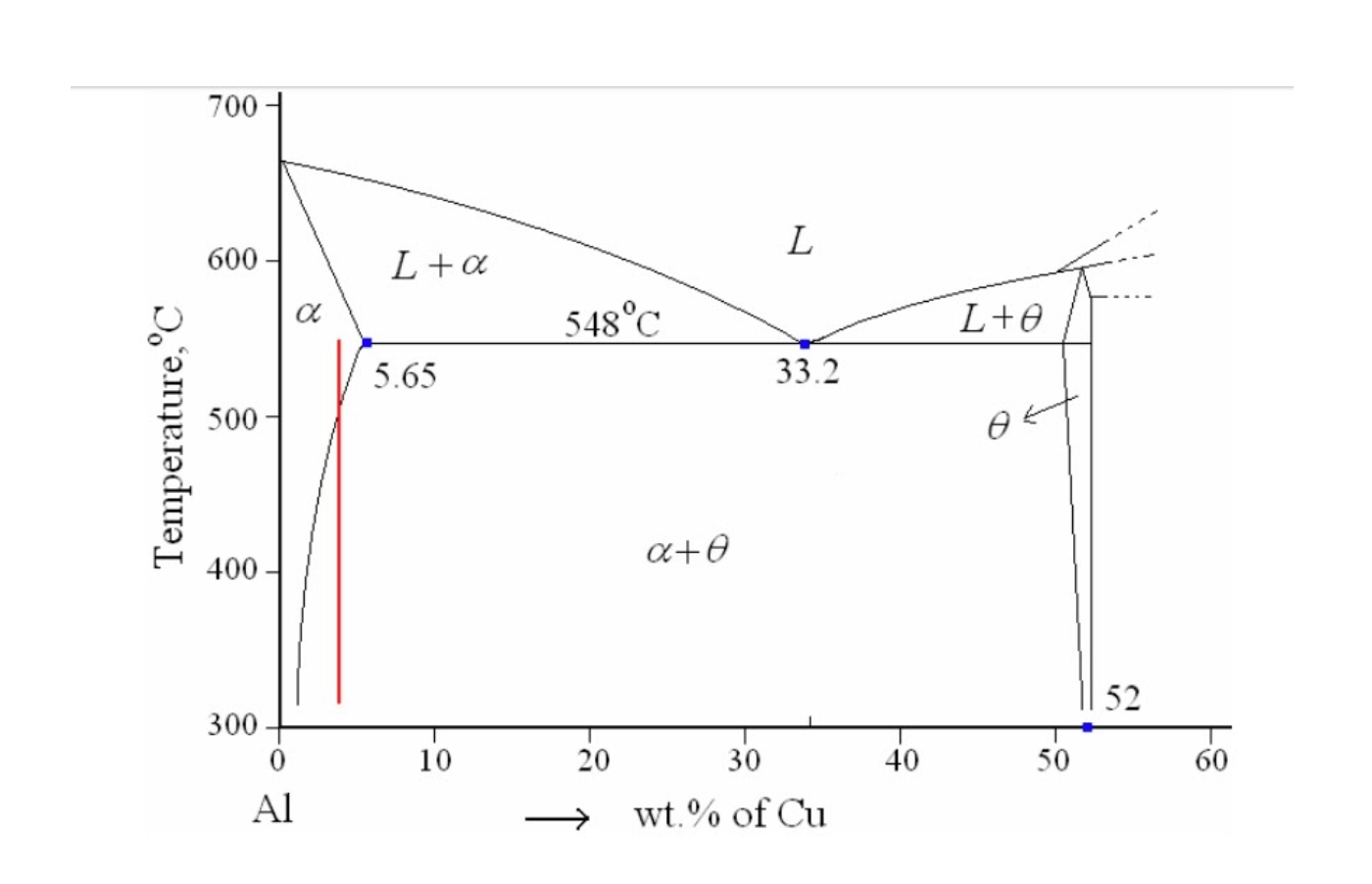 This process involves rapidly cooling the heated alloy, usually by immersing it in water at room temperature. The rapid drop in temperature does not allow the solute enough time to diffuse out of the α-phase and for other undesirable phase transformations to take place resulting in an alloy that is said to be supersaturated.

This is the process of precipitating incoherent particles from a supersaturated solid solution. Ageing that occurs at room temperature is called natural ageing while ageing above room temperature is referred to as artificial ageing. The process of ageing is a very precise process and has to be performed at the right temperature and for the right amount of time. The aim of ageing is to nucleate as many precipitates as possible while ensuring they do not grow too large. Under-ageing can occur, leading to the creation of precipitates that are too fine to impede the movement of dislocations. Over-ageing, on the other hand, would lead to precipitates that are too large and few and far in between to have a meaningful impact on dislocation propagation. 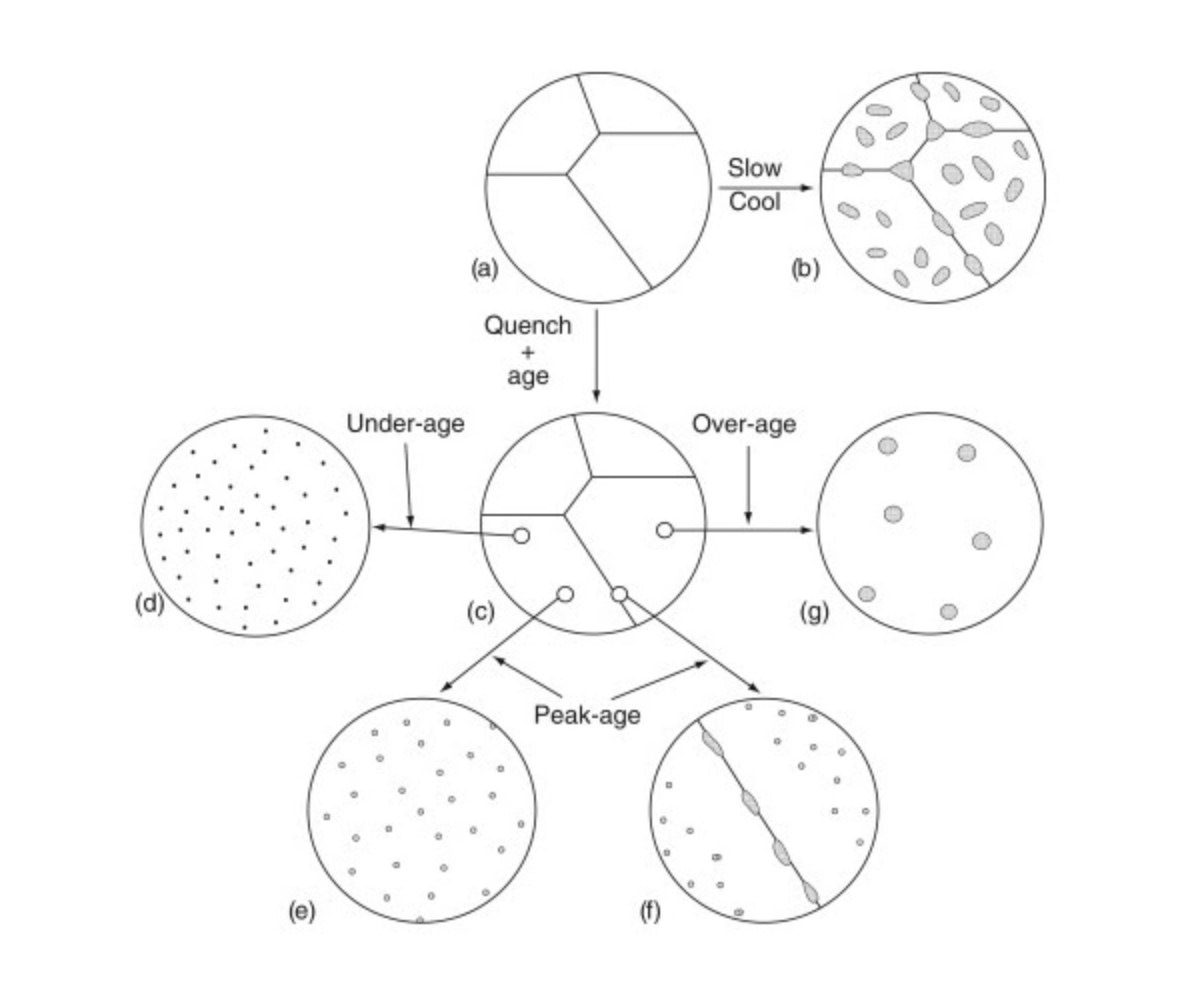 Figure 3. Some of the microstructures observed during the heat treatment of precipitation-hardening aluminium alloys [3].

There are several theoretical mechanisms by which precipitation hardening may occur, but they all stem from a difference in the characteristics of the precipitate particle and the surrounding matrix or the interaction between them.

It occurs as the surface energy of the newly formed interface between the particles and the alloy matrix makes it more difficult for dislocation propagation.

It occurs as a result of the differing stacking-fault energies between the precipitate and matrix phases which impedes dislocation motion.

It occurs as a result of the difference in the shear modulus as dislocations encounter a difference in modulus between the precipitate and the matrix.

It occurs as dislocation motion is impeded by a strain field resulting from the mismatch in the lattice structure and atomic arrangement between a precipitate particle and the surrounding alloy matrix.

Some highlighted examples of materials that are precipitation hardened include aluminium alloys in the 2000, 6000 and 7000 series, stainless steels such as UNS S17400, maraging steels and nickel-based superalloys such as Inconel 718 and X-750.

The aluminium alloy 2024 is used in the aerospace industry, particularly in wing and fuselage structures because of its high strength and fatigue resistance.

Aluminium alloy 7075 is also used in aircraft as well as in automotive parts, for mould tool manufacturing and in arms such as the M-16 and AR-15 rifles.

Inconel 718 is most well known for application for turbine blades, while recently it has also become popular in the automotive industry. 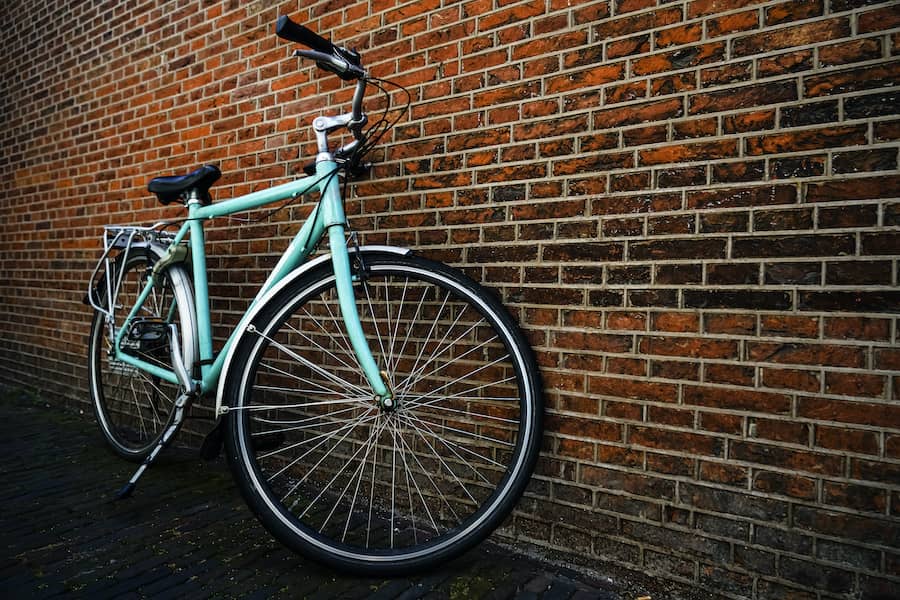 Figure 4. Bicycle frames can be precipitation hardened to improve their strength and hardness.