440C stainless steel is a member of the 400 series of stainless steels. It has the highest carbon content among them. The standout properties of this type of steel are its hardness, mechanical strength and fatigue resistance. This combination of properties makes it useful in the production of cutting tools. Due to its high carbon content, it does not have outstanding corrosion resistance, but it can still be used for applications that require moderate corrosion resistance such as surgical instruments.

440C stainless steels typically have a composition of 78 – 83.1% iron, 16 – 18% chromium, 1 – 1.2% carbon, 1% (max) silicon, 1% (max) manganese, 0.8% molybdenum, 0.04% phosphorus and 0.02% sulphur. They have a martensitic grain structure, and they are primarily hardened through solid solution strengthening with chromium and precipitation hardening of molybdenum carbides [1]. 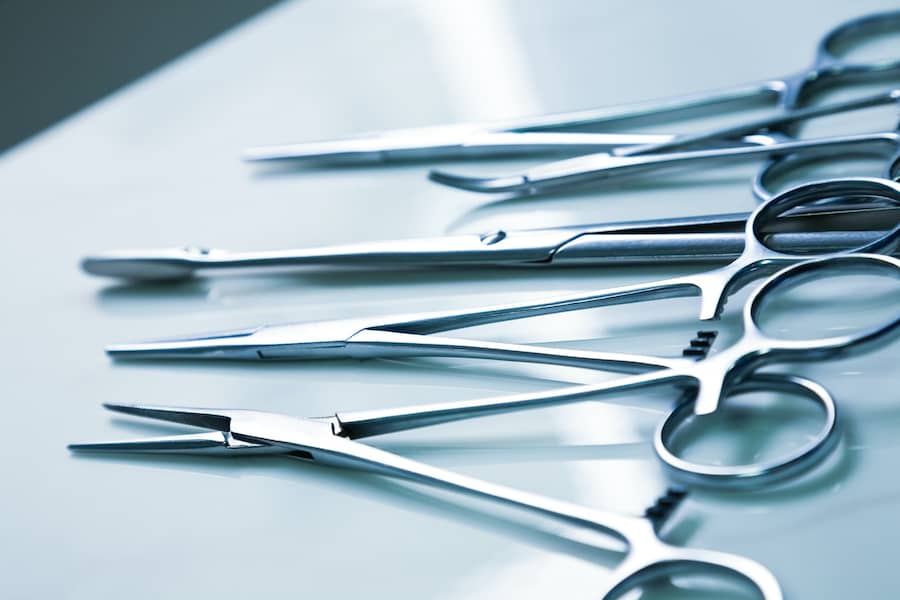 The properties of 440c stainless steel

440c stainless steel is one of four 440 stainless steel types, including 440a, 440b, and 440f. It has the highest hardness, highest strength and greatest wear resistance of all of them after it has undergone hardening via heat treatment. It is magnetic both in its pre-hardened and post-hardened states. 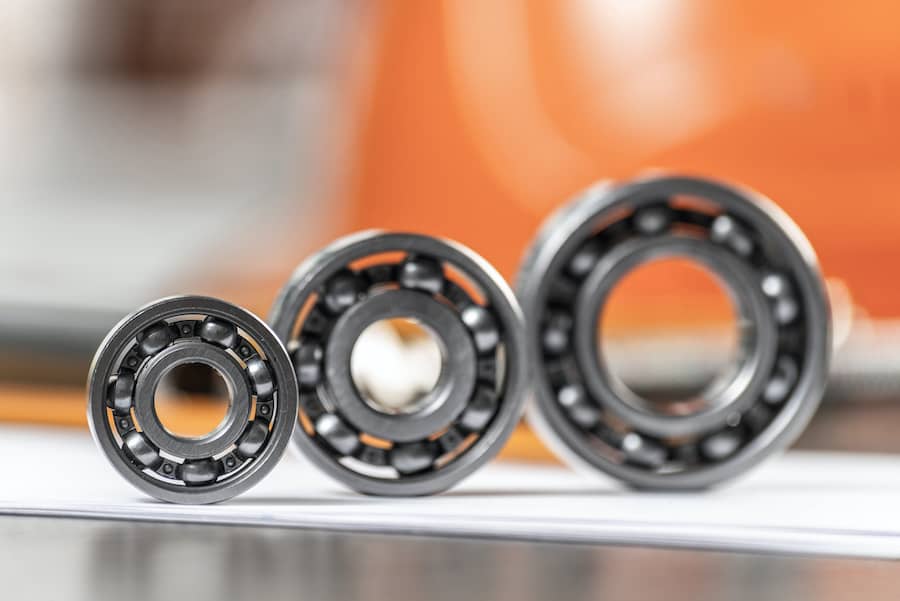 The steel is now tempered at a temperature range of 150 – 370 °C, where several levels of hardness and mechanical properties can be obtained. Tempering between 425 – 565 °C will lead to reduced corrosion and impact resistance, and tempering between 590 – 675 °C results in high impact resistance and lower hardness. The graph below shows how tempering temperature affects the amount of retained austenite and the level of hardness of 440c steel after it has been fully austenised. 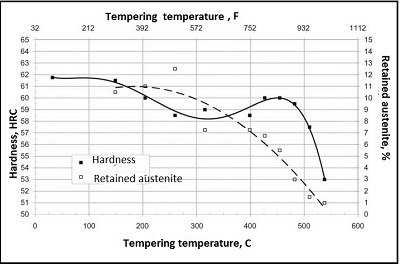 Newer methods of quenching 440c stainless steel down to cryogenic temperatures have shown promise due to their greater success at reducing the austenite content of the steel. Deep Cryogenic Treatment (DCT) and Shallow Cryogenic Treatment (SCT) are two methods used before the tempering process begins.

SCT involves holding the steel at -80 °C for 5 hours and then allowed to return to room temperature. After cryogenic quenching, the steel can then be tempered at 200 °C.

The unique properties of 440c stainless steels make it useful for many applications. Its excellent wear resistance makes it suitable for the production of valve components and ball bearings with industry-standard requirement Rockwell hardness of 58. Its hardness and strength also make it suitable for the production of cutting tools, such as knives and blades. It is also used to make measuring instruments like gauge blocks. 440c stainless steel is not recommended for use at high temperatures (typically higher than 400 °C) to avoid reduction of its corrosion and impact resistance. 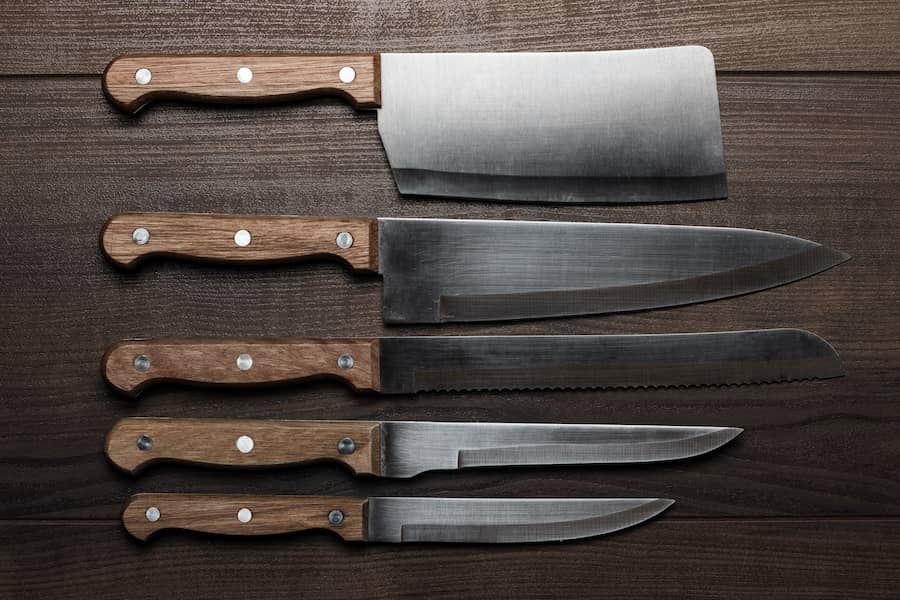