Thermoforming is one of the oldest methods of forming plastic parts. Techniques to form sheets using materials such as metal, glass, and natural fibres appeared in the mid-1800s with the forming of cellulose nitrate sheets. The principles applied to thermoforming today originated during World War II with developments such as aircraft canopies and acrylics. The growth post World War II increased dramatically with developments in new materials and applications [1].

The process of thermoforming simply consists of forming thermoplastic materials into the desired shape using heat. Today, thermoforming is widely used to produce a diverse variety of plastic products from small battery display packs to large aircraft interior panels. The most common application for thermoforming is in the packaging industry, but it has many applications in the transportation, aerospace, electrical and electronic, medical, consumer goods and appliances, and construction industries [1][2].

The market of thermoformed plastics was estimated at USD $12.3 billion in 2019 and is expected to grow at about 4.9% between 2020 to 2027. Some regions dominate the global market, out of which North America (United States, Canada, and Mexico) holds the first place with approximately 54% of the revenue as of 2019. Other regions that play an important role in the global thermoforming market are Asia Pacific (China, Japan, India) and Europe (United Kingdom, Germany, France, and Italy) [2]. 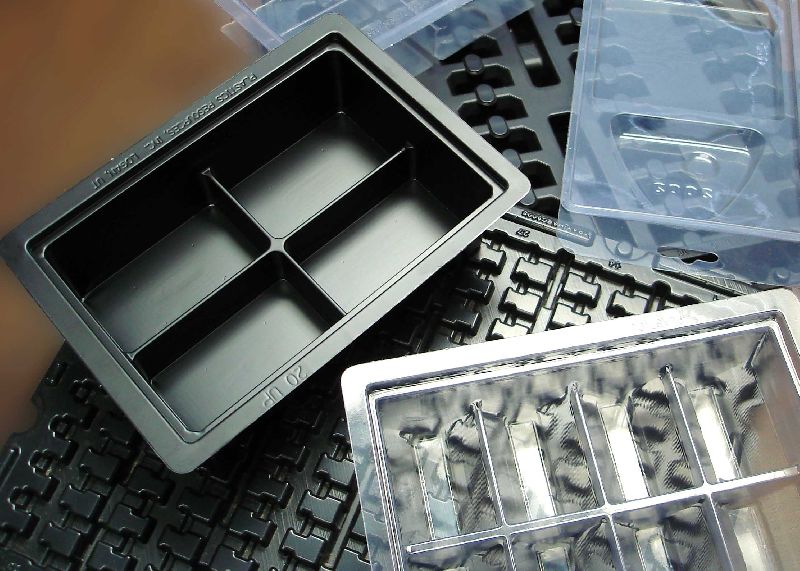 Figure 1. A collection of thermoformed parts used for packaging (ExportersIndia).

Plastics can be divided into two main groups: thermoplastics and thermosets. Thermoplastics are materials that can be heated, softened or melted, then shaped, formed, and solidified when cooled. Thermoplastics can also be subjected to multiple cycles of heating and cooling without suffering significant damage.

On the other hand, thermosets use heat to cure the material and cannot be softened or reformed.

Approximately 80% to 90% of the plastics for industrial use are thermoplastics, and thermoplastics are the materials used in the thermoforming process [1][3].

Thermoplastics available in the market that are generally used for thermoforming include:

The process of thermoforming

In the thermoforming process, a thermoplastic sheet is heated to a temperature where it is pliable. It is, then, stretched over a mould and held in place while it cools and solidifies into the desired shape. The thermoplastic sheet is clamped and heated by an oven using either convection or heat until it is melted. It is held horizontally and stretched over the mould using mechanical force, vacuum pressure, or air pressure. The excess material in the part is trimmed, and the formed part is released. Excess material can also be recycled, resulting in less waste generation. This process can be described in the following steps [1]: 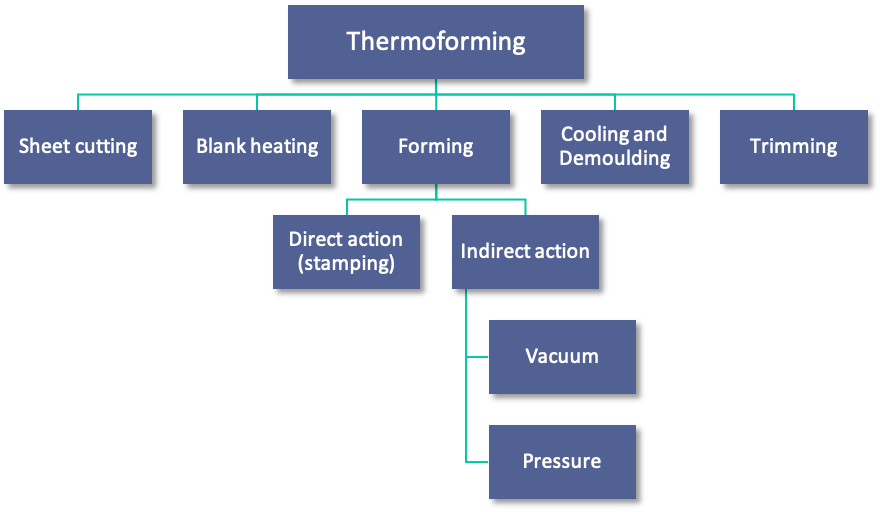 Thermoforming is considered one of the four major processes available to the plastics industry, alongside extrusion, injection moulding, and blow moulding. The main advantages of thermoforming over the other methods are the high mass production rate and the durability of the resulting products [4].

During the forming process, three methods can be used [5]:

The most notable advantages of thermoforming are its cost-effective tools and moulds, convenient time to process from design to prototype, large surface-to-thickness ratios, possibility to process large and multilayer parts, and diverse choice of machinery.

Some of the limitations include the non-uniform wall thickness, cost of sheet manufacturing, need for trimming and its associated cost, limitation on part geometries, and limited choice of thermoplastics [1][3].

It is widely recognised that the current thermoforming process uses trial and error to define the heating temperature leading to a non-uniform thickness of the parts. Numerical modelling of heating thermoplastics is being the subject of multiple research efforts that will lead to further developments in heating technologies [6].

On the other hand, additional developments of thermoforming technology will focus on its most common application, packaging. Thermoforming of plastics will evolve to meet Improved processes for food preservation and sterilisation [7]. 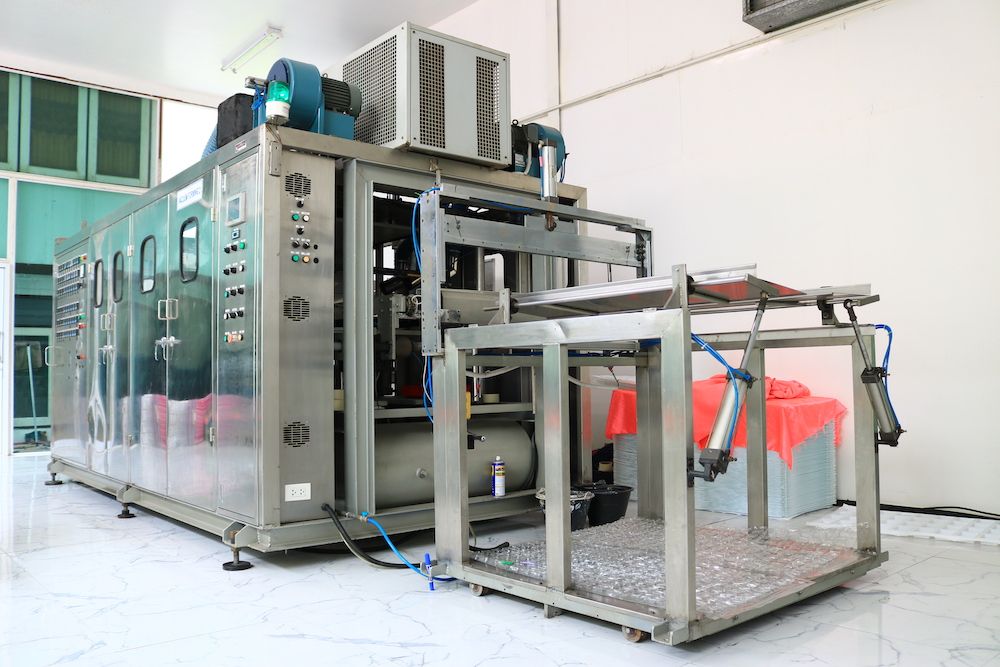