The Rhenium Effect: How a Rare Metal Has Become an Indispensable Alloy Element in Many Industries

Dubbed as the “magic dust”, rhenium has given many alloys and superalloys a boost in their mechanical properties, especially the high-temperature properties. Despite it being considered a rare metallic element, material suppliers like Molymet have been supplying rhenium products continuously for many years. So, what is this magical element? And what industries and applications benefit from the “rhenium-effect”? 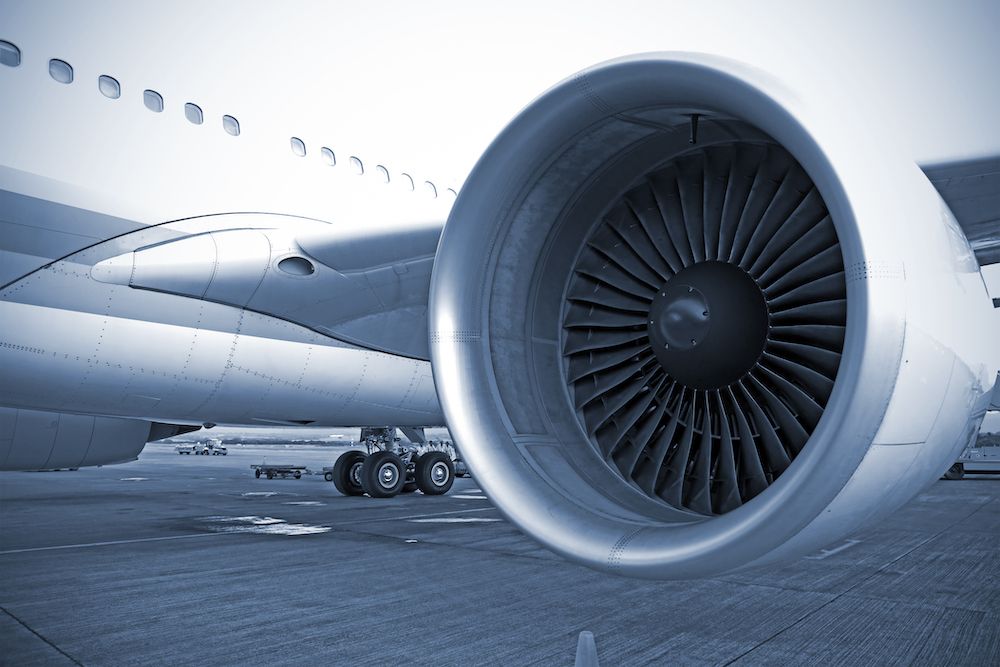 Rhenium is a vital element in superalloys used in the aerospace industry.

The “rhenium-effect” is a common term that has been flying around in the materials science world, as it describes the remarkable benefits that rhenium provides when added to alloys, particularly single-crystal superalloys. Those benefits are mainly observed in tertiary creep deformation, fatigue, and rupture, as rhenium dramatically improves the material’s creep life and rupture life at elevated temperatures. Initial evidence has shown that this comes as a result of clusters of rhenium obstructing the motion of dislocations within the microstructure of the alloy.

It was only a matter of time before rhenium was introduced into alloys, given its outstanding properties and the crucial role it can play as an alloying element. One significant example is high-performance superalloys. After a period of rhenium-free superalloys, the 1990s was the decade that gave rise to the so-called second-generation alloys that contained 2-3 wt.% Re, due to a significant increase in creep resistance, allowing for better performance at high temperatures. Those were later followed by the third-generation alloys of the 2000s, with 5-6 wt.% Re [1]. The subsequent fourth- and fifth-generation alloys also showed the use of rhenium and the addition of ruthenium to avoid microstructure instability. This brought about enriched performances by such superalloys, like nickel superalloys, especially in aerospace applications.

In one of the latest market reports, rhenium consumption was estimated to have reached 80 tons in 2018. Meanwhile, the pricing has radically decreased during the last decade due to the entrance of recyclers. Although it is considered one of the expensive transition metals, the value for money that rhenium brings to the table makes it more than interesting in many industries and application areas.

In and by itself, rhenium has high ductility, tensile strength and creep resistance at levels even higher than molybdenum, tungsten, and niobium. Almost all of rhenium’s primary production comes as a derivative of copper mining. It is extracted from molybdenite, a mineral found in the deposits of porphyry of copper.

Alloying refractory metals with rhenium shows not only an enhancement in strength, malleability, and weldability but also a drop in the ductile-brittle transition temperature. With over 80% of rhenium’s usage worldwide, high-temperature superalloys are basically the major playground for rhenium to show its magic.

Tungsten-rhenium (W-Re) alloy is one example that shows improved material properties, most prominently in superplasticity. NASA scientists showed that W-Re alloys with rhenium content of 20-28 at. % can undergo an elongation of at least 200% at 2000°C. The rhenium effect can be observed here, as well. With the introduction of rhenium, a significant increase in recrystallisation temperature, ultimate tensile strength, and ductility is obtained.

Molybdenum-rhenium (Mo-Re) is another alloy that benefits from the magic dust. This alloy’s exceptional physical properties, such as high tensile strength, corrosion resistance, ductility, and interestingly enough its biocompatibility, give it an advantage over other materials (and biomaterials). In comparison with titanium, for example, Mo-Re exhibits durability four times that of titanium and strength three times its strength.

Other superalloys that gain massively from rhenium as an additional alloying element include iron-, cobalt-, and nickel-based superalloys. The latter has been shown to have an increase in creep life of up to double the initial value with the addition of as low as 2 at. % of Re.

With a melting point of 3180°C – the second-highest among all metals – rhenium’s high durability, wear-resistance and thermal resistance make it an indispensable element in alloys for high-temperature applications. 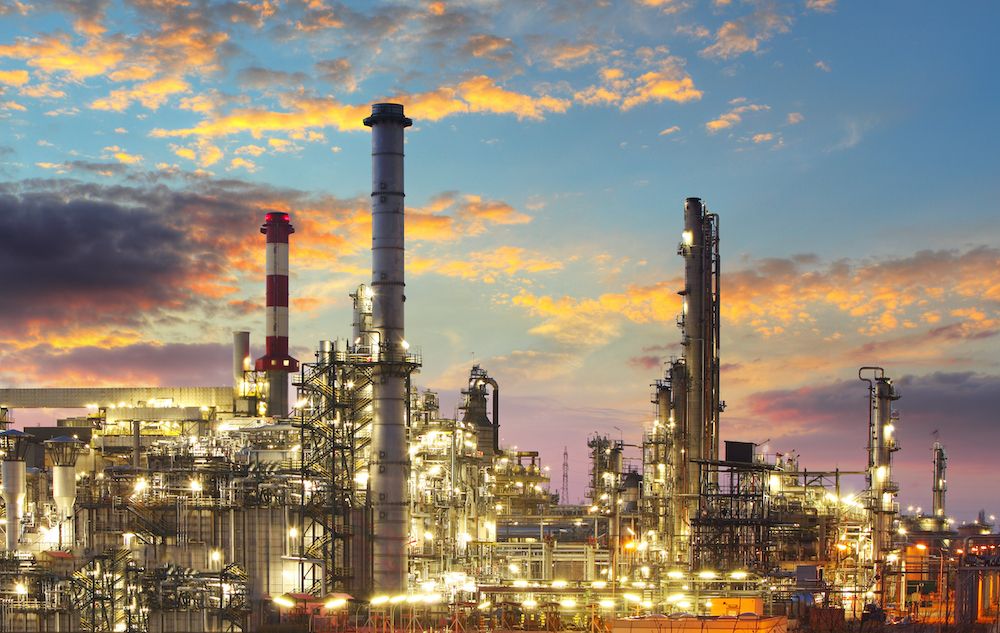 Rhenium can form industrial catalysts to be used in oil refineries.

Rhenium has infiltrated various industries, with continuous supply from major providers, such as Molymet, which accounts for half of the total supply of rhenium. In the last decade, Re-related research has continued its growth, with tens of thousands of studies and works performed to understand the most efficient ways that rhenium could be used.

In 2017, alloys and superalloys accounted for a whopping 83.3% of the total market, followed by catalysts at 9.3%, and other applications filling the rest of the pie at 7.4%.

Aerospace still holds its position as the single largest rhenium application area. As single-crystal superalloys (such as Ni-based superalloys) have been in growing demand, especially for blades in hot jet engines, rhenium has brought about a significant improvement in fuel efficiency and in curbing CO2 emissions per flight. This gave many pundits the incentive to consider it a “green” element.

In a USGS report on rhenium, the effect of rhenium was highlighted as its high-temperature properties allowed closer tolerances in the design of turbine engines. This resulted in enriched thrust and increased operation efficiency.

Another use for rhenium is found ee catalysts are used in oil refineries for the production of high-octane, lead-free petroleum. Rhenium most frequently comes in the form of ammonium perrhenate, which is used in the formation of industrial catalysts, such as Pt-Re.

Thermoelements, also known as thermocouples, are made of Re-based alloys, as well, most commonly W-Re and Mo-Re alloys. Such devices are mainly found in the semiconductor industry as they constitute the heating elements, welding rods, and metallic coatings.

In addition to that, and due to its superior physical properties and biocompatibility, Mo-Re alloy has found itself as the new thrilling biomaterial in the orthopaedic market. Implants can benefit from Mo-Re alloy’s properties to be much less invasive and cause less disruption to soft tissues.

The range of application areas of rhenium-alloys continues to grow, with uses in nuclear reactors, rocket components, gyroscopes, electronic tube components, thermionic energy converters, and electrical contacts. But what about rhenium’s scarcity? Is it going to be available for more future applications?

Yes, rhenium is a rare transition metal. However, it is still economically sustainable for industrial use. Rhenium suppliers have had a maintained supply of magic dust for many years. Molymet is the leading molybdenum and rhenium producer and can offer a long-term supply of rhenium with solid price stability to companies developing rhenium-based products. Not only do they operate in Chile, where they are headquartered, but their installations can be found around the world, including Mexico, Belgium and Germany.

Check out Molymet’s supplier page for more information on their materials listed on Matmatch and for direct contact with their representatives. 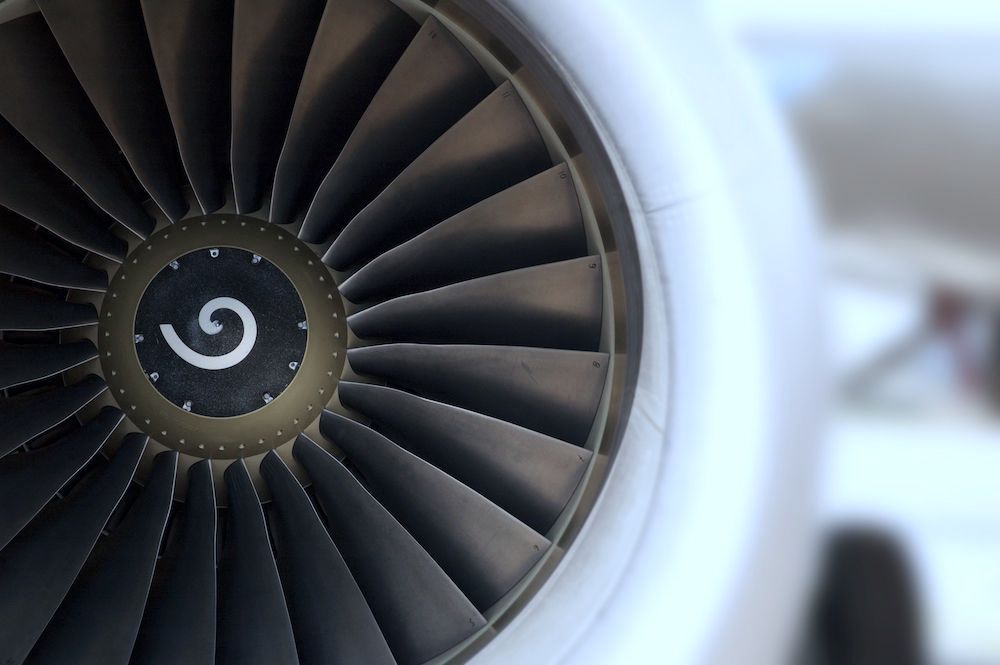 The magic dust can be seen in full effect in turbine blades of jet engines.

Molymet is a Chilean company with international outreach. Our subsidiaries and offices located in The Americas, Europe and Asia allow us to efficiently support our customers and supply 35% of the global demand for molybdenum.

Molymet has a program that ensures companies and individuals trying to develop and market products that contain or may contain rhenium, receive appropriate support from our experts.

In Molymet, we have developed a wide variety of molybdenum and rhenium solutions applicable to the steel, chemical and metallic industries. In this section you will find detailed information about our products, services and all kinds of innovative solutions to meet your needs.

Molymet’s history and future are built on the capacity to consider everything we carry out from a sustainable perspective committed to environmental care. Find out more about this commitment and our environmental achievements.

Molymet works to strengthen its leading worldwide position in the molybdenum and rhenium market through a flexible and efficient processing capacity, the continuous process of optimization and innovation, as well as the search for new business opportunities in strategic metals.

Molybdenum: a key element for the industry and a core metal for life

Molybdenum is a natural element used to develop a wide variety of products applicable to the transport, construction, energy, agriculture and healthcare industries. This chemical element is also found, in small amounts, in plants, animals and even in the human body, which means that there is no life without it.

Another noteworthy feature is its great resistance to corrosion, molybdenum maintains its structure stable both at room temperature and at temperatures reaching 400 °C. Besides, it also maintains its properties in non-oxidative conditions, resists non-oxidative mineral acids and is relatively inert to environments containing hydrogen sulfide. Molybdenum is also resistant to iodine, bromide and chloride vapor; and to liquid metals like bismuth, lithium, potassium and sodium. This resistance to corrosion may even be increased when molybdenum is in alloys with tungsten and chrome.

There are two types of uses for molybdenum: primary and end. Within primary uses, molybdenum is employed in the manufacture of chemical and steel products -structural and stainless steel- as well as pure molybdenum elements. Molybdenum end uses include finished products containing different percentages of molybdenum, which products are then used to manufacture elements for the oil, chemical, automotive, and aeronautic industries, among others.

In spite of being a rare transition metal, rhenium is constantly produced by material suppliers, like Molymet, which offers continual supply with robust stability in price. Contact Molymet now for more information.