Thermoplastics are polymers which are capable of repeatedly undergoing a cycle of melting and solidification. This contrasts with thermosetting plastics, which cannot be remelted once solidified. As such, thermoplastics are very popular for a variety of applications, including those where plastic can be recycled after use and those requiring multiple forming steps, such as filaments for 3D printing.

PLA and PETG are two thermoplastics popular for various reasons, but especially for 3D printing. PLA is biodegradable and can be produced from renewable and natural sources, while PETG is known for its superior mechanical properties.

What is Polylactic Acid (PLA)?

PLA, or polylactic acid, is a thermoplastic polyester with the chemical formula (C3H4O2)n. It is a bio-based biodegradable biopolymer that is made from the fermentation of natural and renewable resources such as corn, cassava and sugarcane. PLA has become one of the most consumed bioplastics in the world and the most used bio-based polymer for 3D printing.

PLA is produced from its basic monomer, lactic acid, which exists as two stereoisomers or chiral molecules, L-lactic acid and D-lactic acid. The lactic acid monomer is produced either by bacterial fermentation of carbohydrates (in which case the PLA is bio-based) or by chemical synthesis from petrochemical sources. The lactic acid is then used to produce PLA through any of these three methods; direct condensation polymerisation, azeotropic dehydration condensation or polymerisation through lactide formation [1]. 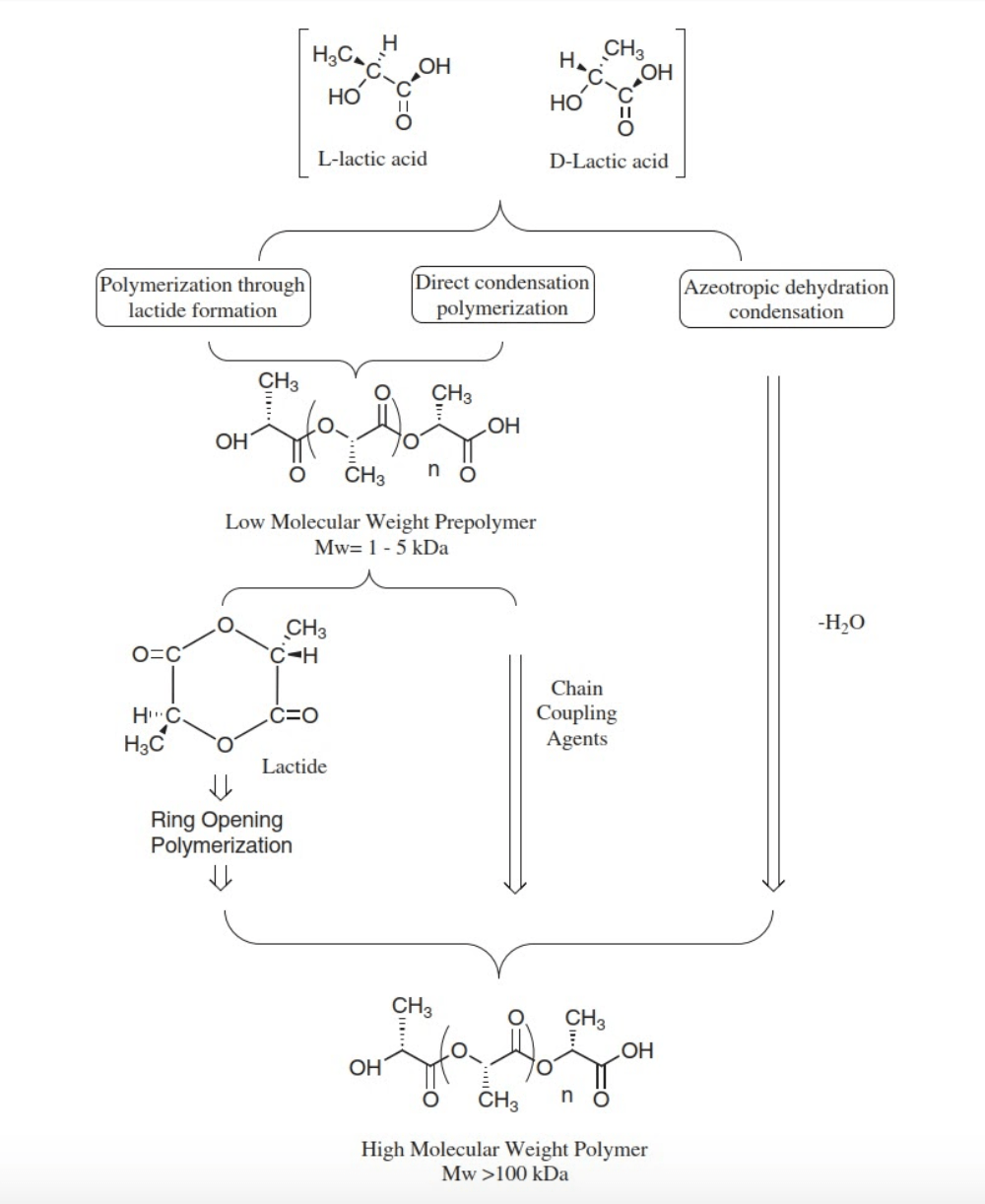 Figure 1. The production process of PLA [1].

PLA can be decomposed back into lactic acid, which is a naturally occurring molecule. For this reason, PLA is considered biodegradable. It takes about 60 years to degrade, leaving no toxins behind. Its degradation occurs through three methods: hydrolysis, photodegradation or thermal degradation [1]. PLA degrades best in an industrial composting environment.

PLA is sometimes mixed with other resins or fillers (fibres or particles) to improve its properties and make it suitable for more rigorous mechanical applications. The results would no longer be neat PLA but usually proprietary blends with commercial names. There are other methods that can be used to improve the properties of PLA, such as annealing, the addition of nucleating agents to increase crystallisation and chain extension.

What is PETG (Polyethylene terephthalate glycol)?

PETG, or polyethylene terephthalate glycol, is an amorphous thermoplastic that has good durability and formability for manufacturing processes. It is a copolymer, meaning it is derived from two different monomers. It is a modified version of the very commonly known PET polymer.

Unmodified PET is produced either by the reaction of ethylene glycol with dimethyl terephthalate (DMT) via transesterification or with terephthalic acid (TPA) via esterification. Both processes produce the monomer, bis-(2-hydroxyethyl)-terephthalate (BHET), which is then polymerised to produce PET [2].

PETG is made through a process where ethylene glycol in the chain is replaced with another monomer, cyclohexanedimethanol. As the latter is a larger molecule than ethylene glycol, the resulting monomer is larger, which interferes with the polymer crystallisation process. Because of this, PETG has a lower melting temperature (180 °C) than PET (260 °C). 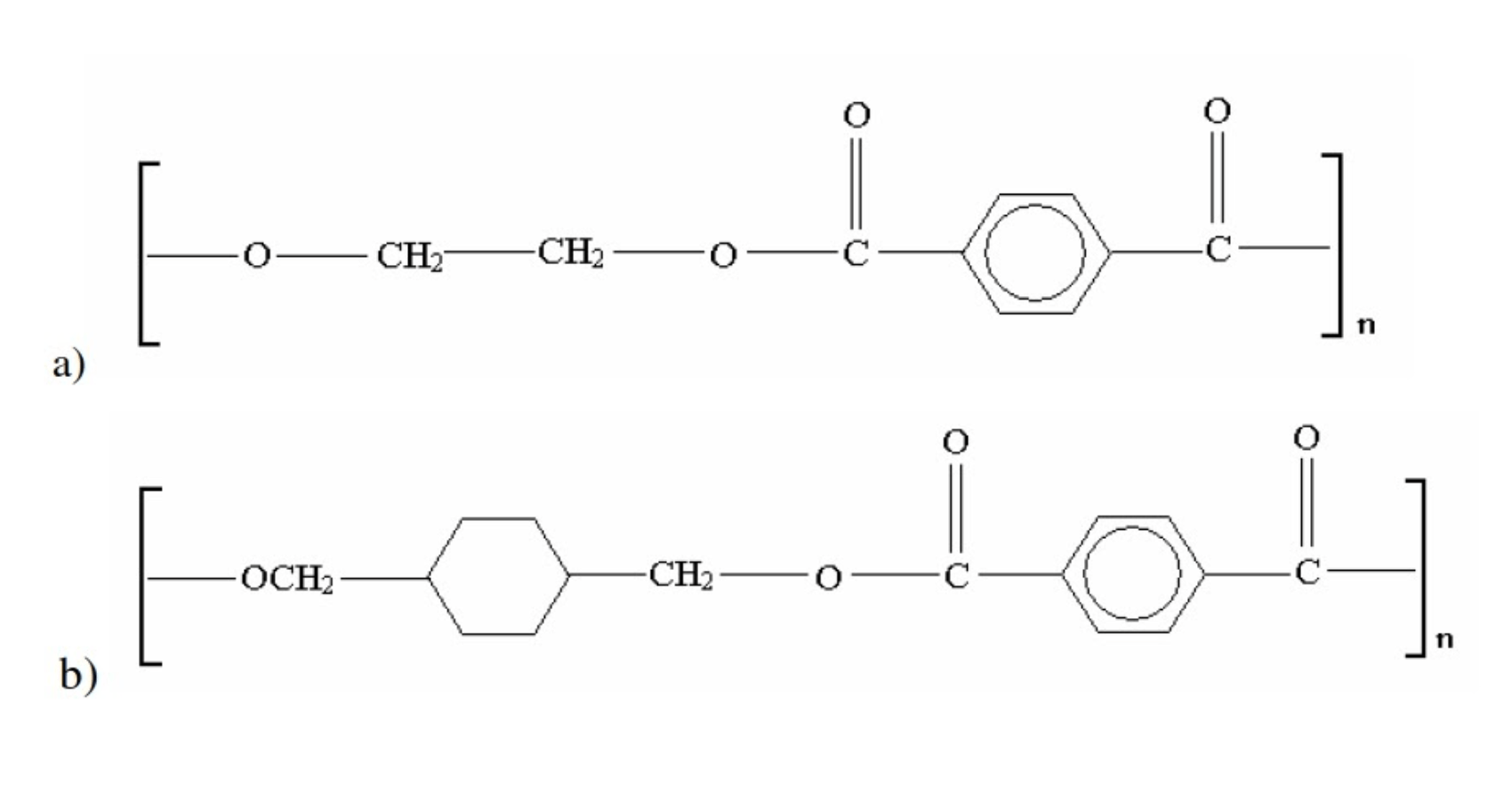 PETG is more pliable, has better shock resistance and has a higher glass transition temperature (80 °C) than amorphous PET (67 °C). PETG is an amorphous and linear polymer that has a low forming temperature. This makes it suitable for fabrication processes that require high formability such as pressure-forming, heat bending, extrusion, injection moulding, blow moulding, and 3D printing. PETG is a recyclable polymer, although, due to the addition of dyes in its applications, recycling it is not a straightforward or easy process [4]. 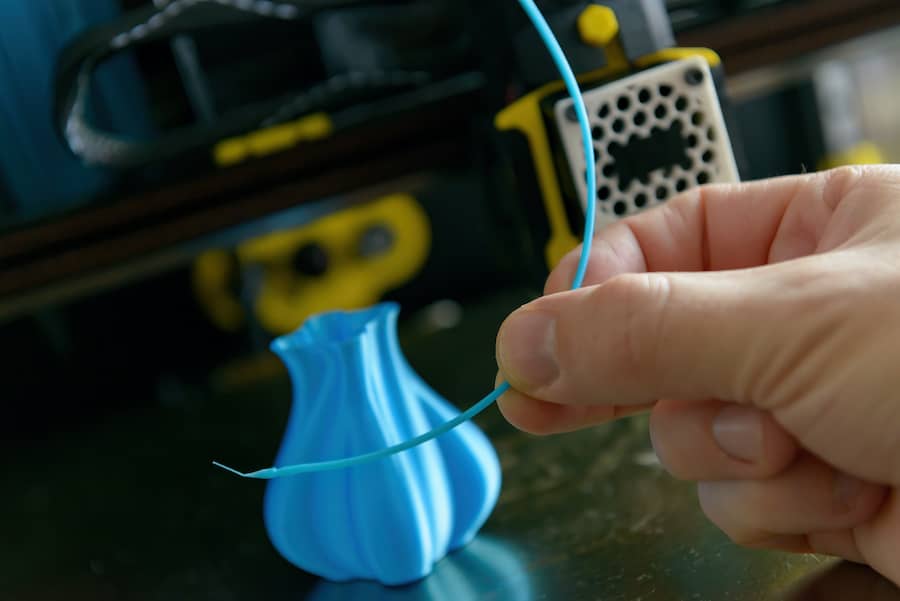 Comparison of PLA vs PETG

PLA and PETG are both polyesters that often have similar applications. As a result, it is important to compare their properties so as to be able to make the best choice between the two. Below is a table of some of the most important properties of both materials.

In literature, it has been shown that testing of PLA and PETG produces varying results depending on the manufacturer of the sample tested, the method of testing employed, and the method used to produce the sample, i.e. via 3D printing or injection moulding.

Applications of PLA and PETG

The ability of PLA to degrade into lactic acid makes it particularly suitable for medical implants as it can do so within the human body in 6 to 24 months. Due to its biodegradability, PLA is also very attractive in the packaging industry, and it is the most commonly used biodegradable polymer used for this purpose.

PLA is very popularly used for 3D printing because it does not require high heat for printing and does not warp afterwards. It comes in many variants, mixed with other materials which affect some of its properties such as melting point, rate of crystallisation, photo-sensitivity, and thermo-sensitivity, all properties that are useful in 3D printing.

PETG can be referred to as reinforced PET, but it differs in application from PET. PET is almost exclusively used in the textile and packaging industry whereas PETG, in addition to the production of food packaging and storage containers, has other applications. Medical applications such as the manufacture of implants and medical device packaging use PETG because it is robust enough to withstand stringent sterilization processes and is compatible with the human body. PETG is widely used in the manufacture of graphic displays for retail and in electronics as insulators.

PETG is also one of the most widely used materials for 3D printing. PETG, compared with PLA, is more durable, scratch-resistant and more flexible. 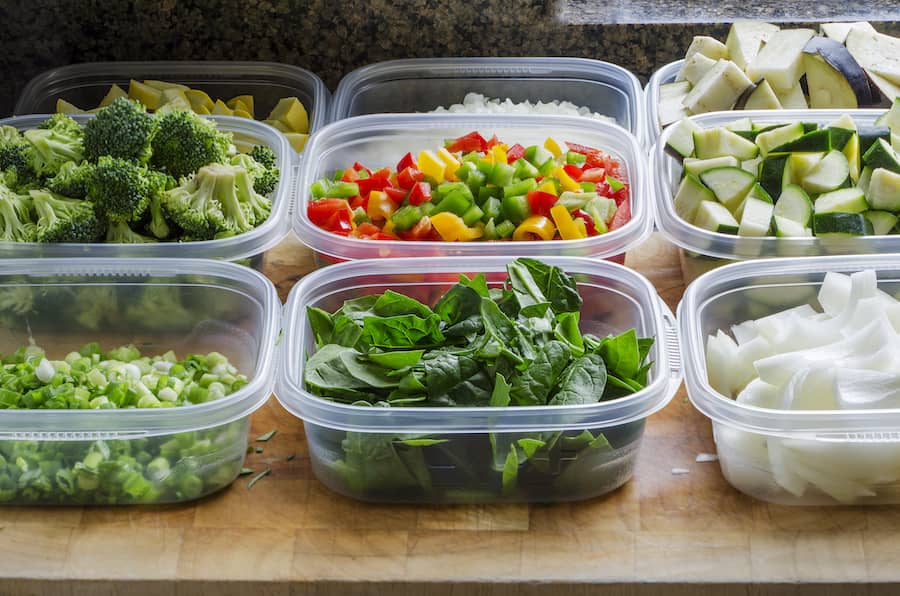 Structures Of Buildings In General